Bitcoin, the world’s largest cryptocurrency by market cap, broke the $57,000 price level based on strong fundamentals and favorable on-chain data. 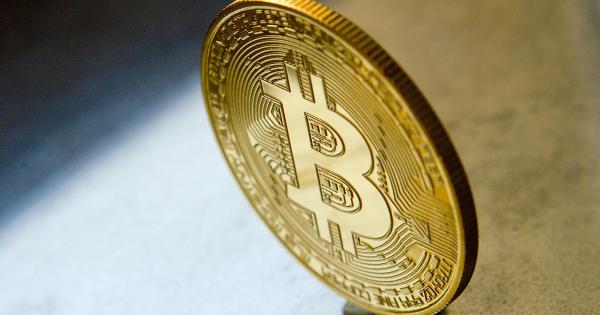 Bitcoin, the world’s largest cryptocurrency by market cap, broke the $57,000 price level based on strong fundamentals and favorable on-chain data.

Bitcoin broke the $56,000 level Thursday and surged to the $57,000 price level, one that saw a huge selling at last week and a local peak last month. Sentiment for the world’s largest cryptocurrency is strong as there was no major negative news or other setbacks at press time.

The bearish signs are low ‘net network growth’ at -0.44%. The indicator calculates the true growth of the market using new addresses minus the addresses which go to zero. Another bearish element is the falling number of ‘large transactions’ (-1.30% at press time), meaning the on-chain usage for transactions above $100,000 has reduced in the past day.

A majority of the on-chain data is bullish, however. 0.75% of all addresses are ‘in the money,’ and hence, in profit, while the ‘smart price’—which calculates the average bid-ask levels for Bitcoin trading—flashes a “bullish” sign at 0.33%.

Bitcoin is in a firm uptrend for now, as the below image shows. The asset has surged above its $57,000 level resistance and trades above its 21-period exponential moving average—a tool used by traders to determine market trends.

The next major resistance for Bitcoin is $58,000—its current all-time high—a level that asset reached on February 21 before tumbling down to $43,000 in the weeks afterward.

Binance’s own BNB token led gains among all large-cap altcoins. The asset surged to $310, an increase of nearly 10% in the past day. Exchange owner Changpeng Zhao has been teasing an announcement since a couple of days, a point that traders seem to be betting on.

I was told it will be tomorrow noon HKT, about 14hrs from now.??? https://t.co/uHFWMUhpGJ

Meanwhile, other top-ten tokens remained in the red. Ethereum lost -1.2% and oracle service Chainlink lost 3.1% compared to the past day, while Polkadot tumbled by 4% to $29.

A recent survey threw light on how UK investors viewed Bitcoin as an investment. 2 min read

Data shows funding rates for Bitcoin are “warming up again”