Ray Dalio, Co-Chairman and Co-Chief Investment Officer at Bridgewater Associates with a net worth of over $18 billion, warns stimuli from central banks won’t reverse global economic slowdown, which may affect Bitcoin in the medium term. 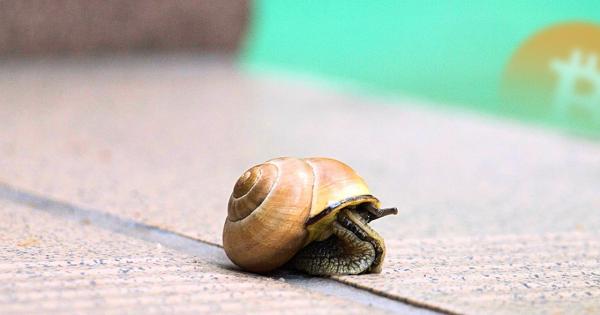 Ray Dalio, Co-Chairman and Co-Chief Investment Officer at Bridgewater Associates with a net worth of over $18 billion, warns stimuli from central banks won’t reverse global economic slowdown, which may affect Bitcoin in the medium term.

While bitcoin has been described as a safe haven asset by some, researchers like Thomas Lee at Fundstrat believe BTC has demonstrated qualities of a risk-on asset in recent months and it tends to move in tandem with the equities market. Lee on CNBC’s Fast Money said:

“I think the next big catalyst is a decisive breakout in the equity markets. I think once equities break an all-time high, bitcoin becomes a risk-on asset.”

If Bitcoin continues to follow the trend of the equities market and if the slowdown of the global economy begins to take a toll on the stock market, some speculate on the possibility of it placing more sell-pressure on BTC.

Why Bitcoin could be a risk-on asset

Bitcoin is an alternative store of value and with the emergence of regulated trading venues in the likes of CME’s futures exchange, Bakkt, and other custodial solutions, it has garnered the interest of institutional and accredited investors.

However, purely based on its market capitalization and volatility, Bitcoin is still considered to be a high-risk asset by most investors and when fears of recession rise, accredited investors could dispose of high-risk assets first.

According to our recent Twitter poll, 48% of respondents believe that a #recession is likely soon. See how our #FixedIncome strategies strive to offer consistency in inconsistent markets. https://t.co/BGR4QCQuZ8 pic.twitter.com/f4DBQabjxK

According to Dalio, the global economy has become a “great sag” and has entered a period in which loose monetary policies and interest rate cuts will not alleviate enough pressure on the markets.

“This cycle is fading, we are now in the world in what I would call a ‘great sag,’ he said, noting that like 1930s, disputes between key economies are increasing geopolitical risks in the global market.

“Also like the 1930s, we have a rising power challenging an existing world power in the form of China-U.S. challenges.”

Currently, both skeptics and optimistic investors generally agree that the accommodative stance of the Federal Reserve and the likelihood of additional interest rate cuts are maintaining the momentum of the U.S. equities market despite the lack of a finalized trade deal between the U.S. and China.

If interest rate cuts begin to have less impact on fueling the growth of the economy, it could lead investors to take on a more aggressive approach in safeguarding their assets through traditional safe havens like bonds and gold, potentially causing a bitcoin sell-off.

Not enough data yet

For now, there is no sufficient data to conclusively determine that bitcoin is a risk-on asset and that investors would initiate a sell-off as recession fears intensify.

Bitcoin showed signs of a risk-on asset in late 2018 when the lack of progress in the U.S.-China trade talks led to a near 50% fall in the price of bitcoin.

The sell-off in late 2018 could have been a coincidence and as such, it remains to be seen whether bitcoin would act as a safe haven asset or a risk-on asset in the upcoming months, as the outlook of the global economy declines.