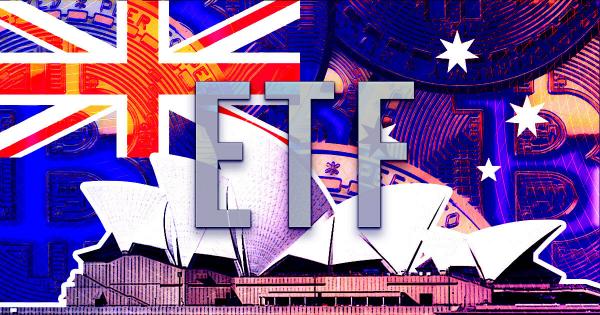 Australia is set to have its first spot Bitcoin ETF as authorities have approved Cosmos Asset Management Bitcoin ETF to begin trading by April 27, per a report from Australia’s Financial Review.

At launch, Cosmos Bitcoin ETF is expected to attract up to $1 billion in investments showing the level of interest and anticipation the ETF has generated amongst investors.

An exchange-traded fund has become one of the common ways for investors to gain indirect exposure to Bitcoin without buying the digital asset itself. This new Bitcoin ETF got the approval of the Australia Securities Exchange (ASX) Clear capital markets clearinghouse after meeting the requirements.

The news of the approval has been greeted with much delight among crypto investors in the country, who are saying that the approval “validates further institutional adoption.”

According to Kurt Grumelart, who trades at Australian wealth management firm Zerocap, the spate of approvals can be likened to the Betashares CRYP fund, which invests in US shares linked to crypto.

The fund saw $10 million in net inflows within minutes of its launch in November 2021 and Grumelart expects this new Bitcoin ETF to achieve the same feat.

“The event marks a large step forward for Australia and mainstream acceptance of the crypto industry as a whole.”

The approval of this ETF is coming on the heels of the increasing regulatory works authorities in Australia have been carrying out.

Last month, CryptoSlate reported that a lawmaker in the country, Senator Andrew Bragg, proposed new sweeping legislation covering the entirety of the crypto space in terms of custody, taxation, DAOs, and licensing for services providers.

Will the US approve a spot ETF?

While Australia joins the list of countries that have approved a spot Bitcoin ETF, the clamor for a similar approval in the US remains ongoing.

The US Securities and Exchange Commission (SEC) has refused to approve a spot Bitcoin ETF even though it has approved multiple Bitcoin futures ETFs.

The regulator claims its refusal is an attempt to protect investors better, but a recent CryptoSlate report revealed that 72% of financial advisers in the US would invest their clients’ funds in a spot Bitcoin ETF —an indication that the demand for this kind of ETF is high in the country.