With the majority of altcoins still being correlated with Bitcoin to a large extent and analysts expecting the price of BTC to decline in the short term following a weak of weakened momentum, the outlook on Ethereum and XRP, which have performed strongly in the past two weeks, worsened earlier this week.

Why Ethereum, XRP, and others avoided a deep fall

With Ethereum being down by over 87 percent from its record high and XRP having fallen by nearly 93 percent from its all-time high, the risk to reward ratio for a move down for most alternative cryptocurrencies remains low.

As such, with traders having relatively low interest in shorting alternative cryptocurrencies that have already dropped substantially from record highs, a large move down in the short term could have triggered the retest of much lower support levels.

However, after the Bitcoin price briefly dipped below $8,000, the price of bitcoin has started to demonstrate signs of a short term rebound, preventing a steep fall below the $8,000 support.

The resilience of Bitcoin in the low $8,000 area led traders like Flood to bet on a strong rebound in the short term.

If the short term price trend of the Bitcoin price reverses in the upcoming days, the sell-pressure on altcoins like Ethereum and XRP will drop, providing some relief to the altcoin market.

“Alts are directly correlated to Bitcoin If price goes south, diversifying into alts will only make things worse If you want hedge, learn how to use futures or options to your advantage Diversification in crypto is not strategy – majority of portfolio should be BTC.”

While the trend of altcoins throughout the past week has been gearing towards bearish with the minor correction of Ethereum, the gradually improving sentiment around BTC is likely to strengthen the recovery of altcoins.

In the possible scenario that the Bitcoin price steeply drops in the short term after an anticipated recovery, weak miners could capitulate, creating a bearish trend before the 2020 halving.

For the imminent future, traders expect that both Bitcoin and altcoins like Ethereum and XRP will see a relief rally even if a larger pullback occurs in the medium term, following a relatively big drop from $10,600 earlier this month. 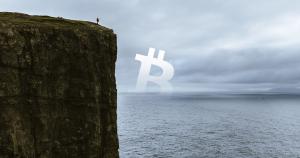