Apple: The Metaverse “is very interesting to us and we’re investing accordingly” Laszlo Dobos · 5 months ago · 2 min read
Metaverse

Apple: The Metaverse “is very interesting to us and we’re investing accordingly”

The Metaverse has a lot of potential, according to AppleCEO Tim Cook, and Apple sees the exuberant expansion of the technology as “very interesting”. 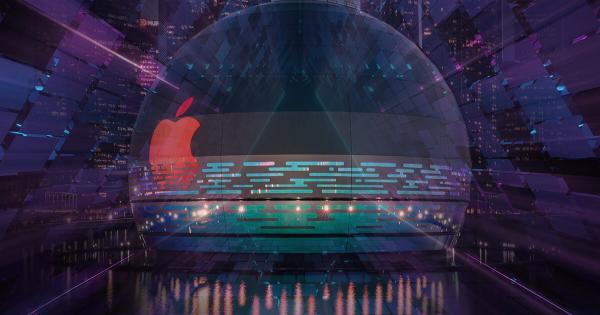 During its Q1 2022 earnings call last week, Apple CEO Tim Cook was asked a question on Apple’s stance on the metaverse, how the company is thinking about the metaverse opportunity and Apple’s role in the metaverse market.

The metaverse is picking up steam and attracts increasing focus from large businesses. Last fall Facebook reorganized its corporate structure, rebranding the enterprise to Meta, the name of the mother company, with a promise to invest $10 billion in the technology.

Big investments in the metaverse space

Just recently Microsoft acquired gaming powerhouse Activision Blizzard for almost $69 billion. Though the official statement does not include the word “metaverse” it’s hard not to see the connection and the move itself as a reaction to Facebook’s (Meta’s) initiative.

Given this attention and the actions taken by Meta and Microsoft, it’s not a wild guess that other big companies will follow suit. Though Apple CEO Tim Cook did not go into specifics, he expressed a clear interest in the metaverse.

“We’re a company in the business of innovation, so we’re always exploring new and emerging technologies. And I’ve spoken at length about how this area is very interesting to us. We see a lot of potential in this space and are investing accordingly.”

When elaborating on the subject, Mr. Cook went down the VR route: “Right now, we have over 14,000 ARKit apps in the App Store, which provide incredible AR [augmented reality] experiences for millions of people today.”

The VR play goes along the same lines as did Mark Zuckerberg in his Meta announcement last year; hardly a surprise as VR gear developers Oculus are part of the Meta family. Apple, being mainly a hardware company, is perhaps expected to go along this path as their approach to the metaverse technology and market.