While Bitcoin has rallied millions of percent since its launch in 2008, the asset remains relatively small on a macro scale. This much was made clear on Friday, July 31, when the shares of Apple (AAPL) surged on the back of extremely strong revenue numbers. 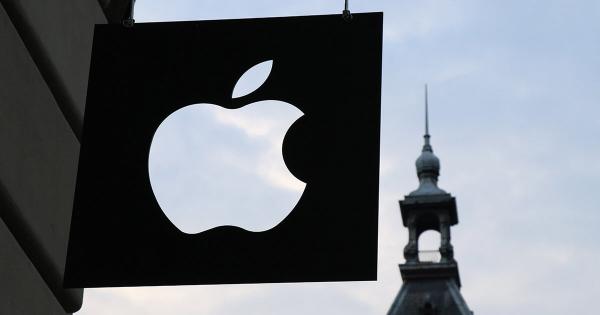 Photo by Medhat Dawoud on Unsplash

While Bitcoin has rallied millions of percent since its launch in 2008, the asset remains relatively small on a macro scale. This much was made clear on Friday, Jul. 31, when the shares of Apple (AAPL) surged on the back of extremely strong revenue numbers.

At a market capitalization of just over $200 billion, Bitcoin has reached a size where it is being noticed by Wall Street and Main Street alike. JPMorgan is now servicing cryptocurrency companies, blockchain is a regular topic on CNBC and Bloomberg, and a majority of Americans have heard of Bitcoin at least once.

Yet on a macro scale, it remains a small force.

During Friday’s trading session — including after-hours trading — Apple shares rallied by just over 11 percent, bringing the market capitalization of the company to $1.85 trillion as per data from Google.

What’s fascinating about this news is that the market capitalization of Apple effectively increased by $200 billion — approximately the value of all BTC currently in circulation. With this latest leg higher, Apple as a publicly-traded company is worth 800 percent more than Bitcoin, despite it being just one entity.

In a similar vein, the surge in AMAZ shares on Friday approximately added the value of Ethereum’s market capitalization to Amazon.

Bitcoin has room to rally in the years ahead

The sheer absurdity of a single company gaining more in value than Bitcoin’s entire network value shows how early the industry is and how much potential for growth there is, some investors have commented.

Raoul Pal, the chief executive of Real Vision and the former head of hedge fund sales at Goldman Sachs, expects this potential to be realized.

He told Bitcoin podcaster Stephan Livera last year that real estate is “unaffordable,” bonds make little sense in the long run due to “virtually zero yields,” and stocks may be overvalued. The answer: Bitcoin.

“What the hell does a millennial do to save for your future? The answer is […] Bitcoin”

With some reports indicating that upwards of $50 trillion worth of wealth will be transferred by baby boomer parents (and those older than that) to the younger generations in the coming years and decades, money may naturally flow towards Bitcoin faster than it ever has before, pushing prices higher.

Pal added in separate analyses that he thinks the ongoing pandemic, the economic impact, and the policy response is showing that there are true systematic risks in the system of money and finance that runs the world.

To the Wall Street veteran and now staunch crypto bull, Bitcoin acts as a “call option” on the world opting for a digital, refreshed system of finance over the current one.