Since the crypto market started to trend lower four days ago, analysts have been wondering at which point the pain will stop.

While most analysts remain divided over the answer to this pressing question, one unorthodox factor suggests Bitcoin and the rest of the cryptocurrencies have found or are very close to a local bottom, suggesting a price recovery is imminent.

The crypto market may have finally bottomed

In a tweet published Feb. 27, Josh Olszewicz, an analyst at industry data site Brave New Coin, suggested that every time the “VIX is up, crypto has bottomed (historically).”

For some context, the VIX is the ticker symbol for the Chicago Board Options Exchange’s CBOE Volatility Index, which itself is derived from data of S&P 500 options. trading. Technical terms aside, this index most often rallies when the market falls.

It seems that Olszewicz isn’t bluffing about this forming correlation. CryptoSlate created the below chart to show that the past two times the VIX has been around this level (above 30), BTC found itself around at a macro bottom and local bottom, respectively.

Times the VIX passed 30 in the past 5 years:

The last time the VIX passed 30 was near the end of December in 2018 as the stock market was subject to a -20 percent “Santa Claus” retracement. This is relevant because Bitcoin found a macro bottom near $3,150 in December 2018, just a few days before the VIX spiked.

Even short-term spikes in the VIX have lined up with local bottoms in Bitcoin, like when the VIX reached 25 in July 2019, lining up with BTC rebounding after it fell to $9,500. Though, these more muted instances may be more of a coincidence than the larger surges in volatility in the stock market seemingly correlating with Bitcoin bottoms.

Regardless, should history repeat itself, Bitcoin will soon bottom, then return higher as buying pressure begins to pick up again.

Not the only sign that the pain is over

This isn’t the only sign the crypto market has found a bottom.

As explained in a previous CryptoSlate report, Bitcoin recently bounced right off a “support confluence” at $8,500, depicted by legendary cryptocurrency trader Filb Filb. The fact Bitcoin defended the support confluence — which includes the 200-day moving average, 20-week moving average, a Point of Control, and a CME gap — suggests that the asset (and the rest of the crypto market) may have found enough support to establish a bottom. 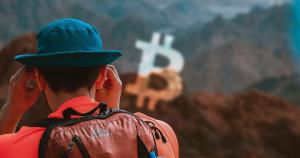 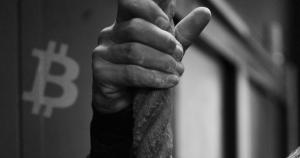