This analysis was brought to you by Alpha Alarm, a Substack newsletter featuring daily crypto analysis. 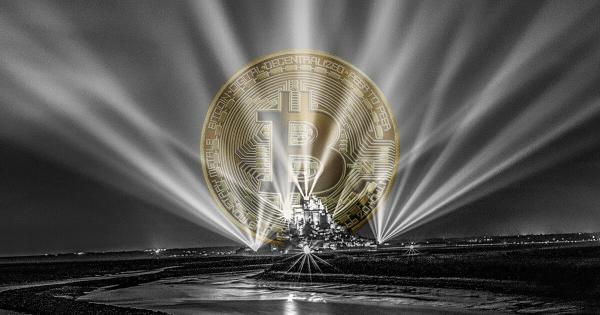 Photo by Clement Souchet on Unsplash

This analysis was brought to you by Alpha Alarm, a Substack newsletter featuring daily crypto analysis. You can subscribe here.

The market sentiment around Bitcoin is improving once again.

Bitcoin strongly recovered from $30,500, solidifying it as a major support area.

Oaktree’s Howard Marks, who was a Bitcoin skeptic for a long time, has become more neutral.

In a note shared by the pseudonymous derivatives trader “Light,” Marks said:

“Back in 2017, my memo There They Go Again… Again included a section on cryptocurrencies in which I expressed a high level of skepticism. This view has been a source of much discussion for me and Andrew, who is quite positive on Bitcoin and several others and thankfully owns a meaningful amount for our family.”

Atop the improving perception of institutions and the public about Bitcoin, various macro factors are buoying Bitcoin.

On January 15, the New York Times reported that the Biden administration plans to outline a $1.9 trillion spending plan.

Any major initiative that relaxes financial and market conditions in the U.S. would positively affect both risk-on assets and stores of value, like Bitcoin.

Grayscale has also reopened its products after closing them last month.

It could be coincidental, but the price of Bitcoin began surging upwards by over 20% after Grayscale reopened its products on January 13.

In the U.S., unlike some countries like Canada, there is no Bitcoin exchange-traded fund (ETF) available for institutions.

The Grayscale Bitcoin Trust is the go-to alternative for institutions to gain exposure to Bitcoin.

Hence, new inflows into the trust should serve as a catalyst for Bitcoin in the near term.

What do the charts say?

Based on exchange heatmaps and whale clusters, $37,834 has become a big short-term support level for Bitcoin, with $40,724 as the next resistance.

Whale clusters form when whales or high-net-worth investors buy Bitcoin and do not move them afterward.

Clusters often become support areas because whales are likely to protect their positions and buy more Bitcoin if it drops to their entry point.

This simply means that if Bitcoin gets through $40,500, an explosive rally upwards would likely ensue.

But, if open interest stays at an all-time high and the derivatives market gets overheated once again, a flush drop, like January 12, would likely occur again.

In the larger picture, one highly encouraging trend is the inflow of stablecoins into exchanges.

In the cryptocurrency market, traders often use stablecoins to hedge their holdings. It is more convenient than cashing out to a bank account because it could take a longer time to buy Bitcoin back due to bank deposits.

When stablecoin deposits into exchanges increase, it means sidelined capital is entering the market. This is typically an optimistic trend.

This analysis was brought to you by Alpha Alarm, a Substack newsletter featuring daily crypto analysis.

If you want access to the exclusive interviews with top traders and industry executives, our research about DeFi and crypto trends, and the additional DeFi letter, you will need to subscribe. But have no fear, it’s only $14.99 a month, or $139.99 a year. Get yourself a belated holiday present and subscribe to Alpha Alarm today.

It’s literally the cost of one Uniswap trade a month or a few Starbucks coffees – it’s cheap.