A New Age of Cryptofinance Is On Its Way

It goes without saying that natively digital applications have far more functionality than their counterparts. 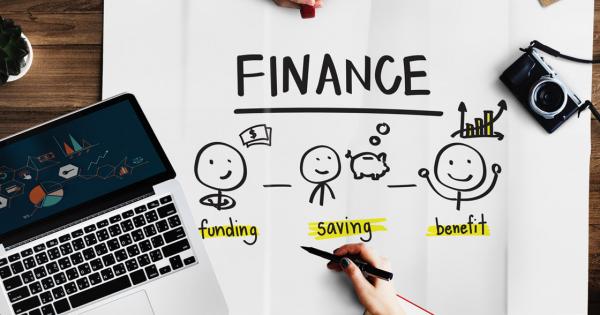 It goes without saying that natively digital applications have far more functionality than their counterparts. By being completely programmable, they are free from many of the constraints that limit the functionality of offline applications.

Think back to the creation of PayPal – one of the first applications that helped us to bring our finances into the digital age. For its time, it was a truly revolutionary concept. It’s amazing to see how far it came since its IPO back in 2002.

However, PayPal was mainly a fresh digital front-end combined with an offline legacy back-end. Although it successfully enabled us to digitize our money by creating a new layer on top of legacy systems, it did not create a whole new infrastructure.

Now, decades later, with the rise of cryptofinance, we have the opportunity to create not only a new frontend but a completely revolutionized system.

The Rise of Cryptofinance

Over the past year, there has been a huge increase in the level of attention and excitement centered around the cryptofinance industry.

While the majority of the world remains vastly unaware of the potential of cryptocurrencies outside of the likes of the current price of Bitcoin and Ethereum, experts are rapidly building a parallel financial system that rivals our current system – and could one day completely overthrow banks and the large financial institutions we have become so used to.

In a couple of decades, or perhaps even sooner, it is likely that you could well be an eager user of the crypto-financial system yourself.

What’s Holding the Cryptofinance Industry Back?

Right now, the cryptofinance industry is suffering from a small number of major bottlenecks that are largely hindering its potential. However, these bottlenecks are rather significant.

These three main obstacles include interoperability, scalability, and usability.

Currently, the main issue is that blockchains cannot interoperate with other blockchains, meaning that every cryptocurrency operates solely within its distinct network. This creates a huge barrier, as it prevents us from integrating cryptocurrencies.

Similarly, because blockchains cannot interoperate with outside centralized organizations, off-chain assets are incredibly difficult to map onto a chain.

Both of these issues severely limit the potential of smart contracts.

In order to solve them, the blockchain will require cross-chain communication, in addition to communication with existing centralized services and external data sources.

How Should We Tackle These Bottlenecks?

While many of today’s crypto projects are largely focused around improving our current financial institutions, one new blockchain startup, Fusion, is focused on the bigger picture.

Smart contracts are a truly revolutionary concept with huge potential. But as it stands, they are still in their very early stages, and their functionality remains very basic.

As part of the project, Fusion aims to utilize smart contracts to create an improved connection between users.

This will enable the team to create an ecosystem of cryptofinance that ultimately mimics our current financial system between communities.

The main difference is that unlike our current traditional financial systems, users will be able to trade without a central intermediary or exchange by utilizing smart contracts and the FSN token.

Unlike the vast majority of existing multi-coin wallets that are limited solely to trading between tokens that are based on the same technology, Fusion can store an extensive range of different types of tokens.

The platform even features a risk-free loan system. This allows its users to utilize the power of smart contracts to apply for a loan in one form of a token, and pay it back in another.

The Future of Cryptofinance

Startups like Fusion are changing the future of finance by removing many of the most significant bottlenecks that are preventing the adoption of blockchain technology from becoming mainstream.

We are quickly moving away from traditional centralization into a brand new era of decentralization. A few years ago, the big question was whether or not blockchains could even survive without the support of our centralized legacy system.

However, fast forward to today, and it’s becoming increasingly clear that today’s big question is when, not if, decentralization will become the new norm.