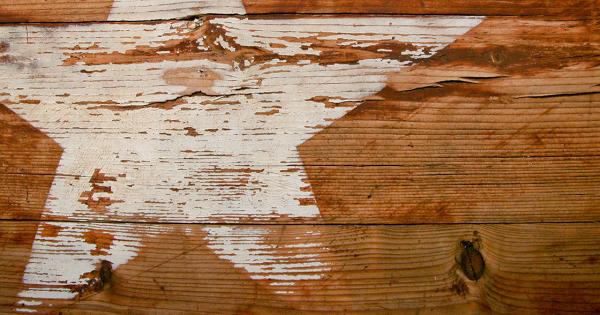 In fact, the Juris Doctor would likely connect the dots between the often frenzied crypto space and his former days in securities regulation and felony prosecution—where he dealt with everything from burglary, to sexual assault, to equally incarcerable “white-collar” crimes such as tampering with governmental records.

Since 2007, however, the veteran lawyer has headed up 30 attorneys and financial examiners at the Enforcement Division, who together work to bring the ax down on “widespread fraudulent investment schemes” and serve justice to those that peddle them.

A “Facade of Legitimacy”

In the Lone Star State, a landmass larger than France, protecting an estimated 28 million citizens from “scam artists and white-collar criminals” is no walk in the park, says Rotunda.

The Enforcement Division is particularly well-versed in dealing with dubious individuals, however, who construct a “facade of legitimacy” to prey on senior citizens, retirees, and others—giving particular preference to leveraging “new and exciting” technologies to defraud stakeholders, both vulnerable and vigilant.

And when it came to cryptocurrency—a technology that has thrown out the rulebook of capital flows with apparent ease—the Enforcement Division seemed to have had no trouble smelling a rat.

“Not surprisingly, we quickly recognized these bad actors would attempt to capitalize on the sharp increase in both the price of Bitcoin and the market capitalization of cryptocurrencies to attempt to defraud our constituents.”

Citing the need for a swift response, Rotunda scrambled a December 2017 “sweep” targeting any outfit using cryptocurrency to defraud, deceive, and mislead Texan residents. According to the Pennsylvania native, the state-wide sting unearthed a “staggering” number of foul players, including the now-defunct poster child of fishy cryptocurrency schemes, BitConnect.

The law enforcer could not legally comment on the meat of the BitConnect saga, yet he did explain that his crew was known to use undercover tactics in cases that “threaten immediate and irreparable harm” to investors, including for cryptocurrency, real estate, or oil and gas drilling programs.

Where Rotunda’s team may rub elbows with state and federal agencies who, also, encounter cryptocurrency in their mission to fight white-collar crime—the forte of the Enforcement Division would be investment fraud. And apparently, this would land BitConnect squarely in their crosshairs.

Due to how hard the division threw the book at BitConnect in its January 2018 cease-and-desist, one could certainly entertain the idea that Rotunda had boots on the inside. He explained the value of stealth:

“We need to identify and uncover fraudulent schemes before they collapse, because the collapse of these schemes generally leads to victims losing the entirety of their principal. Undercover investigations, coupled with traditional investigative tactics, often allow us to accomplish this goal in a relatively short period of time.”

Whether using covert tactics to gleam information or gathering records from behind the desk—using blockchain transaction records, criminal histories, or regulatory reports—the division would seem to have fast been making Texas a no-fly zone for crooked projects. The government enforcement agency has in the last two fiscal years secured indictments charging 32 defendants with up to 68 years in state prison for traditional securities crime, and purportedly has a series of ongoing investigations involving cryptocurrencies.

However dark his dealings may have been in the cryptocurrency space, Rotunda certainly wouldn’t write the young sector off.

A Word to the Wise: Secure your Securities

In a nod to initial coin offerings and the ballooning class of tokenized securities, the director described the “fresh ideas and exciting plans” of entrepreneurs, but heavily cautioned them to seek “competent counsel” to navigate the highly regulated waters of US securities law—law designed to protect investors, while permitting legitimate businesses to raise capital without legal hiccups.

And according to Rotunda, both security token offerings and other cryptocurrencies “may well” constitute regulated securities—and thus needed to be assessed strictly on a case-by-case basis to tick the boxes of any applicable state or federal laws. He explained:

“It is not, however, as simple as considering stock issuances or bond offerings, which are defined by statute to constitute regulated securities transactions. Instead, based on individual facts and circumstances, regulators need to consider whether security token offerings constitute an investment contract, evidence of indebtedness, or some other type of instrument regulated as a security.”

Where some would evidently lump legal counsel and compliance in the too-hard basket, Rotunda maintained that the cryptocurrency community can provide regulators with insight crucial to protecting the public “before—not after—the collapse of a fraudulent scheme”—thinkably, the next BitConnect.

Anyone interested in providing tips to the Texas Enforcement Division should feel free to contact the Director by email at [email protected] or by telephone at 512-305-8392. Reports of suspicious activity will be treated with confidentiality as a matter of law.

The Texas State Securities Board issued three emergency cease and desist orders Tuesday, September 18, to shut down a Russian cryptocurrency scam, charge DigitalBank and two principals for threatening immediate and irreparable harm to the public, and charge a forex and Bitcoin trader of guaranteeing false ROIs, respectively. 3 min read