Women are beginning to stake their claim in the financial industry and crypto is no exception Andjela Radmilac · 4 months ago · 2 min read
U.S.› Bitcoin › Adoption 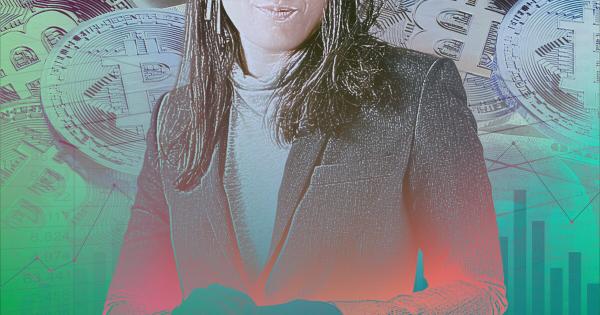 According to the latest survey from Paxful, there has been a significant increase in financial literacy among women. More women than ever are active participants in the financial market, investing both in stocks and cryptocurrencies.

Paxful’s survey shows that women will be the main drivers of the next wave of growth in U.S. wealth management—and you can blame Bitcoin for that.

Women are active investors in stocks and Bitcoin

Historically, the financial sector has been reserved for men. However, the proportion of women in leadership roles at financial services firms has been rising significantly and has reached its highest number in the past few years. Data from Deloitte shows that this proportion reached 24% in Q4 2021 and was followed by equally rapid growth in the number of women participating in the broader financial market.

With cryptocurrencies slowly becoming an integral part of the global market, they too begin to play a significant role in getting more women involved in investing.

The latest survey from Paxful, a global peer-to-peer fintech platform, showed that a significant number of women participating in the financial markets have found their way to the crypto industry. Over 95% of them have heard of Bitcoin and nearly a third of them own Bitcoin.

Bitcoin ownership is the strongest among middle-class women in their thirties and forties. This is in line with the survey’s finding that approximately 84% of women in the U.S. are in charge of their family’s finances. Women are beginning to earn more in aggregate and, in turn, have more disposable income they can invest.

More than 51% of surveyed women between the ages of 18 and 44 said they were interested in learning more about Bitcoin, showing there’s an appetite for digital currencies U.S. companies should work to satisfy.

Jean Ng, the VP of growth at Paxful, said that women are expected to manage an extra $11 trillion in assets by 2030. This is seen in the steady increase in the number of women participating in Bitcoin and traditional stock markets.

This, however, doesn’t mean that they have become equal participants in the crypto and financial markets.

“For Bitcoin to reach necessary adoption in the U.S. we must make space for women,” she told CryptoSlate. “We are financially savvy and we’re increasingly curious about Bitcoin—yet the industry (not unlike the traditional financial system it eschews) has catered largely to one distinct message. It’s time to step into the 21st century, swing open our doors, and widen the narrative.”

To that end, Paxful will work on promoting cryptocurrencies as alternative tools for achieving financial freedom. Ray Youssef, the company’s CEO, and co-founder said that Bitcoin has the power to increase economic opportunity and mobility for millions of people around the world.

“The purchasing power of women is incredible and their impact on the global economy should not be ignored. We believe that achieving widespread Bitcoin adoption requires that we get ahead of the curve and speak to the needs of both men and women, allocating greater educational resources that onboard the next billion people for financial inclusion.”