Why crypto: holding money at Citibank costs hundreds of euros a month

Crypto assets have long had an ambiguous set of use cases. 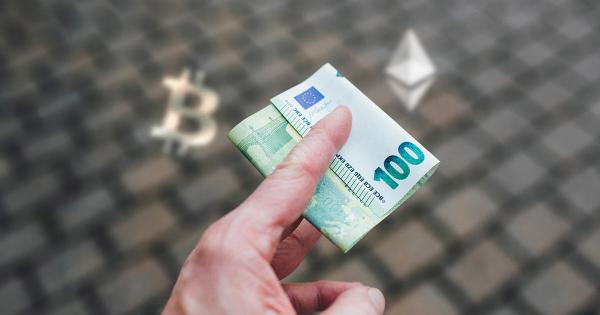 Crypto assets have long had an ambiguous set of use cases.

Some say that they’re good for replacing governments and financial institutions; others say that the sole purpose of cryptocurrency and their respective blockchains is to boost the profitability of corporations.

Many of the proposed use cases have not come to fruition yet, but recent macroeconomic developments have made crypto’s ability to act as a hedge against central bank activity more clear than ever before.

Even prior to the ongoing recession, central banks in Europe and in Asia, namely the European Central Bank and the Bank of Japan, had activated negative interest rates.

For a majority of the past few years, this policy has only applied to banks, but negative interest rates are quickly becoming an issue for consumers, boosting the investment case for Bitcoin and cryptocurrencies more broadly.

Chief executive of crypto-asset startup Securitize, Carlos Domingo recently shared the image below. It shows that he recently received notice that Citi International will be increasing the fee it charges individuals for holding euros.

Those holding under 100,000 euros will not be subject to a fee, but those with over that amount and into the millions could be charged thousands of euros a month, just for holding their cash in a bank. It isn’t clear how much the fees changed, but they were increased as the notice indicates.

Commentators say that as more and more banks adopt this model to charge individuals for holding money at a bank, Bitcoin stands to benefit.

Crypto investment firm Stack wrote in a May 14 report regarding negative interest rates and their implications:

“The uncertainties prevalent in the traditional markets have prompt investors to turn their attention towards alternatives, with a significant one being Bitcoin.”

Coming soon to the U.S.?

Thus far, negative interest rates have been confined to economies in Europe and Asia. And the U.S. has wanted to keep it that way.

In a comment made earlier this month, Federal Reserve Chairman Jerome Powell explained that the “committee’s view on negative rates has not changed” in that they’re still ignoring it as a monetary policy lever.

Powell may just be delaying the inevitable though: President Donald Trump published the tweet seen below on May 12, writing that the “USA should accept the ‘gift'” of negative interest rates. On other occasions, Trump has bashed the Federal Reserve by saying it is operated by “boneheads” due to their decision to keep interest rates relatively high.

As long as other countries are receiving the benefits of Negative Rates, the USA should also accept the “GIFT”. Big numbers!

Further, the market and prominent market commentators believe it’s only a matter of time before the U.S. goes negative.

Reuters wrote that earlier in May, the Federal Funds futures market “priced in negative rates of about half a basis point in April 2021.” The Fed Funds market is where traders go to bet on how the U.S. central bank will change policy interest rates next.

Should the Federal Reserve finally bend the knee to the market powers that be, Bitcoin could see a massive influx of investment as indicated by top analysts. As billionaire hedge fund manager Paul Tudor Jones wrote in a pro-Bitcoin note titled “The Great Monetary Inflation”:

“This brilliant feature of Bitcoin was designed by the anonymous creator of Bitcoin to protect its integrity by making it increasingly near and dear, a concept alien to the current thinking of central banks and governments.”

Why crypto? Holding money at Dutch bank ING could cost you

Securitize Inc is a San Francisco-based technology company that operates Securitize, a platform for issuing and managing compliant digital securities on a blockchain, including dividends, distributions, and share buy-backs.. Learn More