It’s been a frenzy for both Bitcoin and the stock market over recent months. 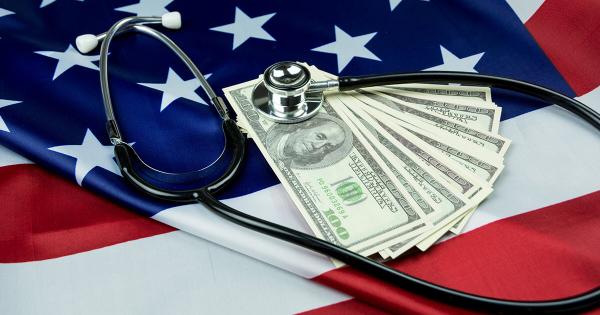 Photo by Michael Berdyugin on Unsplash

It’s been a frenzy for both Bitcoin and the stock market over recent months.

After March’s capitulation, which sent equities plummeting lower by around 40 percent and cryptocurrencies by around 70 percent, global financial markets have exhibited an extremely strong bounce.

The optimism seen in markets seems to be tied to the fact that the world’s central banks and governments collectively injected more than $20 trillion into the economy, largely offsetting the losses incurred due to the pandemic and the respective lockdowns.

Yet a prominent Wall Street fund manager, along with other prominent names in the investment world, remains bearish on stocks. And if the correlations that formed in March continue, Bitcoin is unlikely to benefit.

Scott Minerd, the global CIO of investment and financial services firm Guggenheim Partners, on Jun. 11 made an appearance on CNBC’s “Closing Bell” to discuss his outlook for markets.

Like many other prominent names in investing such as David Tepper, Bill Ackman, and Stan Druckenmiller, he had a bearish tone on equities.

His argument is that while the S&P 500 has basically recovered all the losses it incurred in March, the ongoing rally will “end in tears.”

He attributed this thought to three things:

“I think that we probably retest the lows — and history tells us that we may even undercut the lows,” Minerd concluded, discussing his 1,600 S&P 500 price target that would result in an approximate 50 percent drop from the current price.

Not to mention, the underlying economy still remains in a poor condition: the Federal Reserve projected last week that

How BTC may be affected

Bitcoin was not mentioned in the segment, but the cryptocurrency could be tangibly impacted by a further decline in markets.

“Bitcoin will be owned unlevered. Could the price retest $3,000? Absolutely. As the SPX rolls over and tests 2,000 expect all asset classes to puke again.”

It’s a sentiment that has been echoed by prominent banks.

A team of JPMorgan strategists led by Joshua Younger and Nikolaos Panigirtzoglou reported last week that over the course of the past few months, “Cryptocurrencies have traded more like risky assets like equities—a significant change relative to the prior couple of years.”

And Goldman Sachs executives explained that Bitcoin and other cryptocurrencies “do not provide consistent diversification benefits,” referencing how BTC traded in tandem with the S&P 500 in March and April.

Importantly, there is a world in which Bitcoin could benefit from Minerd’s predictions playing out.

As reported by CryptoSlate previously, Minerd believes that the “debt super cycle” that has driven the world economy for the past few decades is likely coming to an end, which will likely cause one (or more) of the following trends: restructuring of debt, the collapse of institutions, negative interest rates, and the debasement of fiat money.

Bitcoin, according to figures like Raoul Pal and Preston Pysh, will benefit from such a trend.

Despite the overarching risks, Wall Street crypto traders seem to be betting on Bitcoin bulls.

As of Jun. 8, institutional traders held more than $300 million worth of call options via the CME. Call options are financial contracts that allow the buyer to buy an asset at a specific price in a specified time period.

Furthermore, Fidelity Investments found in a survey that “digital assets continue to gain adoption and interest by a variety of institutional investors.” The survey, which covered U.S. and Europe based institutional investors, found that a majority of the respondents see some value in the cryptocurrency space, while around a quarter have exposure to Bitcoin and 10 percent have exposure to Ethereum.