April fools saw many joke announcements from the blockchain community, from CoinMarketCap ranking tokens in “Lambo” value to a prank blog post from Vitalik Buterin announcing the launch of a new Ethereum “stablecoin.” One of Buterin’s April fools statements, however, appears worth taking seriously — the Ethereum creator now seems to be earnest in his […] 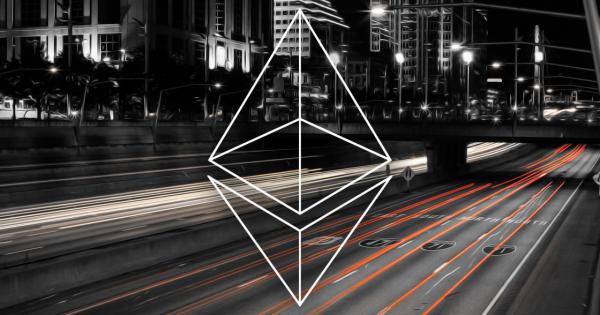 April fools saw many joke announcements from the blockchain community, from CoinMarketCap ranking tokens in “Lambo” value to a prank blog post from Vitalik Buterin announcing the launch of a new Ethereum “stablecoin.” One of Buterin’s April fools statements, however, appears worth taking seriously — the Ethereum creator now seems to be earnest in his proposal of a hard cap on the supply of Ethereum tokens.

Buterin published an Ethereum improvement proposal on the 1st of April, floating the idea of a hard cap on the total supply of Ether:

“In order to ensure the economic sustainability of the platform under the widest possible variety of circumstances, and in light of the fact that issuing new coins to proof of work miners is no longer an effective way of promoting an egalitarian coin distribution or any other significant policy goal, I propose that we agree on a hard cap for the total quantity of ETH.”

The plan outlined a potential hard cap of 120,204,432 ETH, or twice the total amount of Ether sold in the original Ether sale in 2014. While many crypto community members were quick to dismiss the proposal as another April fools day prank, Buterin took to Twitter to voice his genuine thoughts on the matter, classifying the proposal as a “meta-joke.”

Following extended community discussion, Buterin clarified his position on the proposal, stating that

“The proposal is very real in the sense that the words actually were written in the GitHub issue, and the arguments for it are real arguments.”

In later statements, Buterin elaborated on the value of the proposition despite the semi-serious manner in which it was proposed:

Buterin appears to have given his casual proposal more in-depth consideration, following up his original Tweet with a list of arguments in favor of a hard cap that includes a nod toward the potential negative long-term impact of inflationary tokens:

I do now believe that fixed supply is worth considering. Arguments:

* With ASICs, PoW issuance fails at making coin distribution more egalitarian
* With PoS, PoW issuance not needed for security
* With rewards coming from rent+other burned fees, can have rewards without issuance

1. People do broadly support fixed supply
2. Community has gone a long way from "are the core devs up high going to make this happen or not?" closer to "I don't care about the source, I think it's a good idea", but there's still a long way to go to get there.

The proposal could provide an answer to questions proposed by Ethereum network participants regarding the evolution of Ethereum’s economic model following the upcoming shift from Proof of Work to Proof of Stake consensus.

According to the original proposal post, however, Ethereum’s monetary policy won’t be decided until 120 million ether have been issued, at which point an alternative limit could be selected.