USDC Issuer Circle has introduced Euro Coin, a new stablecoin that will be pegged to the euro and backed by euro-denominated reserves held by U.S.-regulated financial institutions. 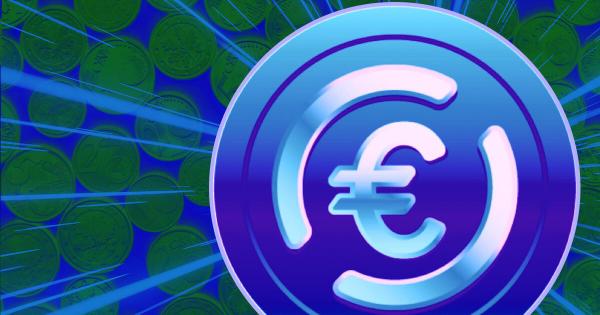 Circle, the issuer behind the USD Coin (USDC) stablecoin, will launch a new stablecoin that is backed by the Euro by the end of this month. Euro Coin (EUROC) will be issued under the same full-reserve model as USDC according to the announcement.

The Euro-backed stablecoin will be made available for exchanges, institutional traders, businesses, and individuals. Like USDC, users can convert Euros directly into EUROC and vice-versa, it will also be available on exchanges as a trading pair for other cryptocurrencies.

The introduction comes at a time when there has been significant speculation and a lack of confidence among users of stablecoins. These concerns have come after the collapse of the TerraUSD (USTC) stablecoin and concerns around Tether (USDT) temporarily dropping below a dollar.

Whilst EUROC will be entirely backed by reserves like USDC, the Euro-pegged stablecoin’s reserves will be backed 100% by Euros.

This seems to be the major difference between EUROC and USDC which is backed by cash and short-term U.S. government bonds as collateral.

As a result, a reserve in Euros will be held in custody at financial institutions subject to US regulatory oversight for each EUROC token that is in use. Silvergate Bank will serve as the initial custodian for the EUROC stablecoin. Additional custodians will include Anchorage Digital, CYBAVO, and Fireblocks.

Euro Coin will initially be launched as ERC-20 token on the Ethereum network and later this year, further blockchain support will be enabled.

EUROC joins a small group of stablecoins backed by the euro, such as EURt from Tether and Stasis Euro (EURS) from Malta-based Stasis.

Binance.US, MetaMask, and Ledger are among the companies that will support the launch. It will initially only be accessible through the Silvergate network. However, users may trade and withdraw EUROC once it is published on exchanges.

END_OF_DOCUMENT_TOKEN_TO_BE_REPLACED

MetaMask is an extension for accessing Ethereum enabled distributed applications or “dApps” in your normal browser.