An analytical report by Nansen showed that multiple wallets exploited vulnerabilities in the Terra ecosystem which lead to the collapse of the UST stablecoin and its collateral token LUNA. 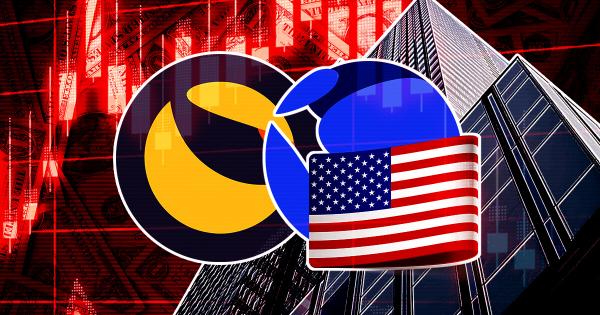 UST (now rebranded as USTC or TerraClassic USD) is an algorithmic stablecoin backed by the collateral token Terra (now rebranded as Terra Classic or LUNC) fell to only a few cents, causing many investors to lose their savings.

This significant loss is because stablecoins are seen as a safe haven for crypto holdings due to their very low volatility, allowing their value to stay very close to a dollar despite market conditions, thus its attractiveness and impact.

Due to the major impact of UST losing its peg and the collapse of LUNA, Nansen, a blockchain analytics platform, delved into the on-chain data to discover what may have caused the stablecoin to lose its peg. Its analysis shows that more than one actor was responsible for the collapse.

The Nansen report found a small number of addresses had taken advantage of the weaknesses in the Terra ecosystem. These actors exploited arbitrage opportunities because of the poor liquidity of Curve (CRV) pools underpinning the TerraUSD (UST) peg.

Nansen’s findings debunked the theory that a single hacker or attacker destabilized UST. Nansen instead identified seven addresses as being involved in UST losing its peg, with many of them being big players with large token holdings.

According to the report, UST was withdrawn by those wallets from Terra’s Anchor protocol using the Wormhole infrastructure. Transferring those funds from the Terra blockchain to Ethereum. In case you’re wondering, Wormhole is a bridging protocol that allows users to transfer funds from one blockchain to another.

After that, enormous sums of UST were exchanged for a variety of stablecoins held in Curve’s liquidity pools. As a result, Nansen hypothesized that throughout the collapse of UST, some of the discovered wallets took advantage of price disparities on Curve and decentralized and centralized exchanges by buying and selling between them.

Data from May 7 to 11—the period when UST lost its $1 peg—was used in Nansen’s blockchain research to identify important transaction volume data. Nansen looked at social media and forum posts to narrow down that period, identifying major transaction volume on Curve liquidity pools, which led to its three-phase analytical approach.

To begin, Nansen examined transactions in and out of the Curve lending protocol to generate a list of wallets with an activity suggesting they had a considerable influence on the UST collapse.

However, during phase two, Nansen’s observations of transactions occurring via the Wormhole bridge made things more difficult. It was discovered that only a select few wallets were using the Anchor protocol to send out their UST. After that, Nansen looked into UST and USD Coin (USDC) sales on centralized exchanges.

Finally, on-chain evidence was triangulated to build a narrative of the events surrounding the UST stablecoin losing its peg. Then, a list of seven wallets that are considered to have played a significant role in the collapse of the Terra ecosystem was presented.

The Nansen research offers some intriguing observations generated through blockchain analytics. However, one thing is sure: Nansen has chosen not to speculate on what could be going on behind the seven key addresses that were instrumental in the collapse of the UST’s stablecoin.

This report’s findings help provide a more transparent picture of what led to UST losing its pegs and the subsequent collapse of both the UST and LUNA cryptocurrencies.