Among the proposals is a requirement for crypto firms to have a minimum capital of 100 million liras (roughly $6 million). 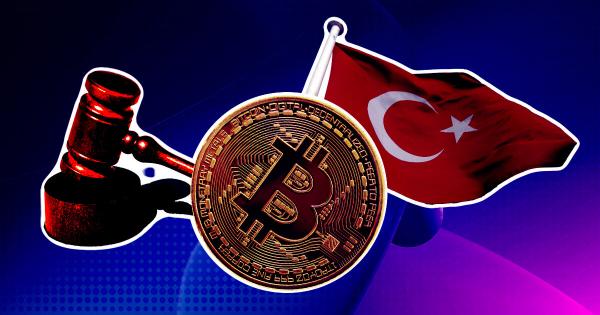 Turkey is drafting new crypto laws that would introduce more regulatory oversight in the crypto market and possibly impose some transactions involving digital assets – as discussed by two officials on the matter.

The officials requested to stay anonymous, seeing as this information is not yet public. Allegedly, the ruling party, AK, which President Recep Tayyip Erdogan leads, is expected to submit bills stipulating new guidelines for local crypto exchanges.

One of the proposals will require crypto firms to have a minimum of 100 million liras ($6 million) in capital to discuss plans they have not yet made public. Another rule will require global crypto exchanges to establish branch offices in the country for taxation purposes.

Although the government is yet to decide how to tax individuals, it seems inclined to impose a symbolic tax on purchasing cryptos. On top of this, Turkish authorities are looking into ways to store digital assets safely. According to the officials, authorities are considering using the infrastructure of the banking industry to prevent abuses.

The officials disclosed that they got this information from the agenda of a meeting held in the office of President Erdogan on May 24. The meeting’s attendees included Deputy President Fuat Oktay, Treasury and Finance Minister Nureddin Nebati, and Trade Minister Mehmet Mus.

Turkey continues warming up to crypto despite a troubled past

On the other hand, authorities arrested 62 people from Thodex, which had more than $2 billion worth of user funds in custody. However, Thodex’s founder and CEO, Faruk Fatih Özer, fled the country after the exit scam. He has been on the run ever since.

To prevent other scammers from further defrauding the Turkish population, prosecutors requested courts to sentence crypto scammers to thousands of years in prison.

Despite the collapse of the two exchanges and the recent crypto market crash, high inflation in Turkey has forced citizens to continue using crypto as a means of payment and store of value.