TronBet, a “tokenized gambling” platform, posted an impressive $41 million in betting volume in the last week of February and is on track to record $36 million in profit this year. The app is one of the major contributors to TRON surpassing Ethereum in dApp usage by transaction volume.

Vance Spencer, a cryptocurrency project developer, took to Twitter to share TronBet’s user statistics. TronBet is a community-owned decentralized application (dApp) running on the TRON blockchain featuring casino games, such as poker and slots, where users can bet with TRX, BTT, and the platform’s own ANTE token.

1/ @TRONbet is fascinating: a tokenized gambling platform on Tron with real usage. $41M in betting volume in the past 7 days, top user has wagered $98M, top 20 users have wagered $455M. Yearly, @TRONbet, a Dapp, is on track to make almost $36M profit with a P/E of 1. 😮. Why? pic.twitter.com/REJXxTjLl7

While dApps have gained an infamous description of being slow, clunky, and unintuitive blockchain products, Spencer points out TronBet excels on all front-facing user issues, such as UX:

2/ UX. They've got a suite of games that are fun to play, fast, with player liquidity, and no fees. Hard to believe its built on a blockchain. With a native token (ANTE), while still dicey, they have no payment processor risk. Team is (obv) anonymous. pic.twitter.com/yIa5amSA1x

Launched in July 2018, the TronBet platform has enjoyed sustained growth in both users and betting volume. And, given the platform’s $41 million weekly betting volume, users can be fairly confident the dApp works as intended.

As Spencer pointed out, the top twenty platform users wagered a staggering $455 million over the dApp’s history with the top user accounting for over $98 million of the total figure. For reference, the figure is higher than the market caps of several popular cryptocurrencies, such as VeChain, ZCash, Icon, and NEM.

Spencer further notes the platform’s “unique” mining process makes it lucrative for “whales” to provide liquidity. As explained in the whitepaper, users can stake bets via TRX or BTT to generate a specific amount of ANTE. Owning the latter allows users to earn dividends from TronBet’s daily profits, estimated at $75,000-$150,000 per day.

Speaking of the “tokenomics,” the developer tweeted:

4/ Mining (cont.): token economics form an unbelievably tight feedback loop on the product, an incentive for casual users to stick with the platform long term, and a reason for users to come back every day (to stake their ANTE). Also, whale mining PNLs are nuts: pic.twitter.com/m8hH9wyAQm

Spencer noted users take on risks when dealing with the ANTE token, which could become illiquid—or even worthless—if TronBet were to cease operations. Yet, with massive inflows, the platform’s long-term survival could arguably be ensured and trusted, according to supporters.

Signing off from his series of tweets, Spencer exclaimed on the lack of public attention on TronBet’s impressive figures:

6/ Finally. Genuinely surprised no one other than @im_manderson and I have seen this. This is real scaled consumer adoption, but the blockchain community seems to discount gambling/gaming even though obviously a stepping stone to more sophisticated dapps. @cburniske @KyleSamani

The e-sports and gaming industry are forerunners of adopting new technologies. Over the past decade, the gaming industry pushed the boundaries of augmented reality, WLAN, motion sensors, and even machine learning to create a better gaming experience for the end user. This in mind, it’s not unusual to see an e-gaming platform lead the way for usability in the blockchain sector. 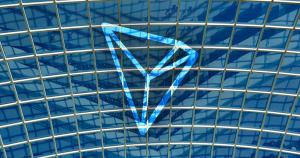 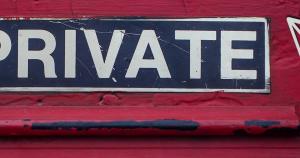