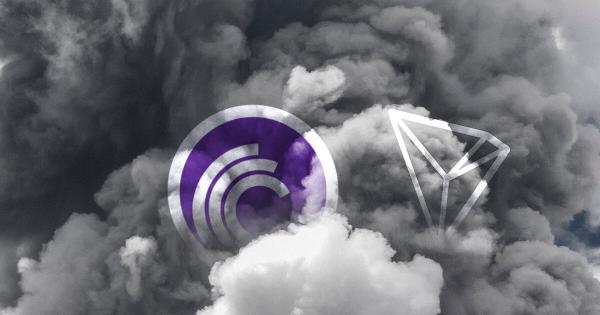 Anybody know if Justin Sun is hard up for cash? He isn't letting the last payment for BitTorrent get out of escrow.

Prior to the most recent controversy, Sun canceled lunch with Warren Buffett after winning a $4.57 charity auction, and then rescheduled the meeting, after “sudden kidney stones.” At the same time, a slew of accusations from Chinese state-sponsored media organizations—including allegations that Sun’s businesses are facilitating gambling and pornography transactions in China—resulted in him allegedly getting barred from leaving the country.

If you don't understand what being reported on @caixin means:

Caixin is questioning how Justin was able to escape China's exit ban. All Chinese high political figures where their scandle stories are reported on Caixin ended up in prison, regardless which country they fled to https://t.co/K5J2KgYZ7o

Accusations of failed payment for BitTorrent

Now, BitTorrent’s founder Bram Cohen is alleging that Justin Sun is not making the final payment on the problematic problematic BitTorrent deal. Justin Sun agreed to purchase the torrenting company for $140 million in June 2018, with a few complications.

Legal paperwork filed in early 2018 reveals that BitTorrent suddenly changed its name to “Rainberry” ahead of the TRON acquisition. Then, Rainberry was sued because it violated a “No-Shop” clause in the acquisition agreement with Justin Sun, reported TorrentFreak.

“Within literally hours after the parties agreed to the Letter of Intent… Defendant claims it received three ‘superior’ bids from companies that [BitTorrent] admitted they had been communicating with,” claims Sun in the lawsuit.

Even after the deal was confirmed there were additional hiccups. Without explanation, Cohen left the company ahead of its acquisition. Shortly after the purchase went through, in January 2019 Sun launched an ICO for BitTorrent, raising $7 million in 15 minutes.

Now while Justin Sun struggles with Chinese authorities and alleged health complications, Cohen claims that the escrow agency responsible for the deal has not received “signoff” on the remainder of the funds.

TRON Foundation head of business development Roy Liu responded to Cohen, saying money in escrow is “not considered Justin’s cash” and that Sun had already signed the release agreement.

“Are you claiming you aren’t trying to get any of the cash back? And do you have an explanation for not signing off on [the deal] two months ago when it was scheduled to happen?”

Whatever the cause for the breakdown in negotiations, the timing for Justin Sun is certainly inopportune.