All eyes will be on Ethereum over the next 24 hours. 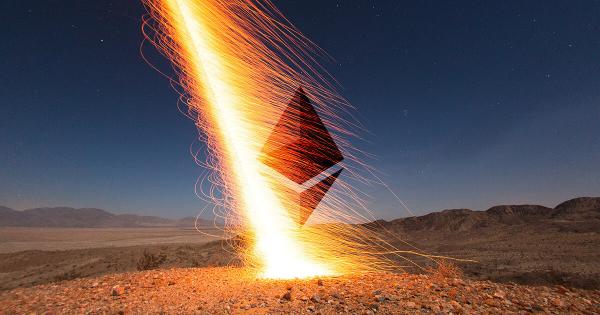 Photo by Garrett Patz on Unsplash

All eyes will be on Ethereum over the next 24 hours. The reason: today will decide whether or not the launch of ETH 2.0 (Serenity) will take place by the specified launch date of Dec. 1.

For some context, here’s a recap of ETH2: ETH2 is a multi-phased overhaul to the Ethereum blockchain that has been planned out for years. It will implement technologies such as Proof of Stake and sharding to dramatically increase the usability of the network while decreasing the energy consumption of validators and overall fees.

ETH2 is set to launch first as a chain on the side of Ethereum 1.0. This will mean the existence of two separate ecosystems (for the time being). For ETH2 to launch, a threshold of just over 500,000 ETH needs to be deposited into an Ethereum 1.0 contract to confirm community support.

Thus far, approximately 60 percent of all of the Ethereum needed to launch the upgrade on time has been deposited into the ETH2 deposit smart contract.

There are just around 24 hours left to reach the 524,288 ETH required, which will require $130 million worth of inflows into the address.

There appear to be some whales on the sidelines readying for more deposits if needed.

One blockchain analyst recently found that a large portion of ETH2 deposits has come from one entity with multiple addresses, believed to be ConsenSys, Vitalik Buterin, Joe Lubin, or somebody else of prominence in the community.

There are actually some skeptics, though. A PolyMarket market that is tracking the upgrade has a majority (66 percent) of the money saying that ETH2 won’t take place on Dec. 1.

What if the threshold is not reached?

So, let’s say that the Ethereum community doesn’t have enough ETH to get over the 500,000 coin threshold, what happens?

Danny Ryan of the Ethereum Foundation said in a recent Reddit “ask me anything” on the official Ethereum subreddit that he thinks it’s fine if the threshold is actually altered after the fact.

“I personally think that for initial launch, the 100k+ ETH in the contract is sufficient, and that adjusting the threshold down to not leave that ETH in limbo for too long makes sense.”

He suggested in that discussion that the rewards will be extremely high for early validators, which will naturally increase the propensity from those on the sidelines to deposit.

Furthermore, he added that the developers of Ethereum 2.0 clients seem to only want to begin changing the threshold starting at the start of January “if need be.”

This was a sentiment agreed on by others, as there appears to be no massive concern in immediately rushing the upgrade, lest something happen.

Bullish for ETH: The balance of Ethereum on exchanges just hit a multi-year low