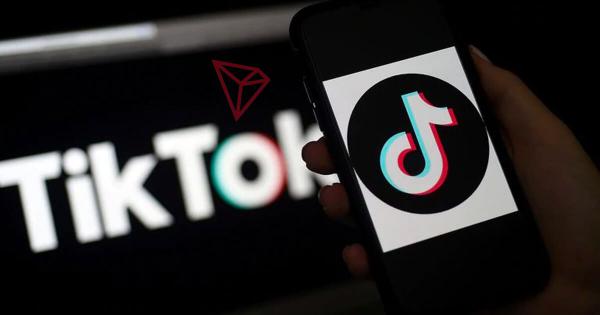 What’s fascinating about this isn’t Dogecoin’s price performance, it’s what triggered the brunt of the rally: TikTok. Users of the social media application, which has grown to be one of the most famous in the world, have created the so-called “Dogecoin TikTok Challenge.”

The premise of the challenge is to get everyone on TikTok to buy DOGE, thus increasing the price of the cryptocurrency by hundreds, maybe thousands of percent.

The hashtag for this challenge has hundreds of thousands of views. The TikTok challenge has spurred Youtuber Jake Paul, Bloomberg, Barstool Sport’s Dave Portnoy, Keemstar, Gizmodo, and many other entities with large audiences to talk about Dogecoin as well.

Its a level of mainstream popularity that crypto really hasn’t seen since 2017 or 2018.

It’s no surprise, then, that other crypto projects are attempting to capitalize on this hype. The latest entrant: Tron (TRX).

Tron and Justin Sun want in on the TikTok crypto craze

There’s no doubt that Tron and its founder, Chinese entrepreneur Justin Sun, are big on social media. Sun’s personal social media pages and the company accounts — yes, there are many — are rife with content.

But according to Sun, as of Jul. 7, the project is now focusing on “more TIK TOK content,” adding that he thinks TRON videos will “go viral.”

Can Dogecoin’s strength be repeated?

Although TRX could see an influx of mainstream popularity with the right TikTok trends and campaigns, the effect the social media platform had on Dogecoin’s price action may be a one-time thing.

A cryptocurrency trader wrote on Jul. 6 on why Dogecoin’s price action can move so high, so fast:

“Seeing a lot of people point out that DOGE has a large circulating supply, and assume it is hard to pump. That is untrue, not only a good chunk of amount of DOGE supply is dormant+lost, and on exchange ask orders are very thin, the actual liquid market cap is significantly lower.”

There’s also the fact that Dogecoin is one of the only 18 cryptocurrencies on Robinhood, which is the only crypto platform that many TikTok users have easy access to.

Plus, DOGE has a culture around it that invites these weird challenges and social media mentions. Other crypto projects, on the other hand, may struggle in this arena because they’re often seen as too serious or too corporate.