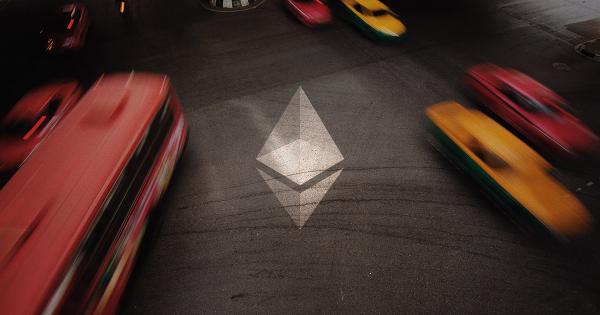 A priority transaction network for Ethereum saw a launch in advance of the highly anticipated London hardfork and EIP-1559. It seeks to end the menace of miner extractable value (MEV) and protects on-chain traders from being ‘front run’ on their trades.

Miner extractable value is the process of deliberately rearranging the order of transactions within a block that is being added to a blockchain. Blackhat bot developers or malicious miners can execute harmful arbitrage strategies to extract MEV, such as frontrunning or sandwich attacks.

These attacks ultimately hurt traders and siphon massive amounts of value out of the Ethereum ecosystem: It’s estimated that more than $800M has been extracted by MEV since January 1, 2020.

The Eden Network is an optional, non-consensus-breaking transaction ordering protocol that is designed to minimize MEV in Ethereum. It allows network participants to rent priority slots and guarantee placement within Ethereum blocks.

In addition to facilitating priority transactions, it also inherently protects against arbitrary transaction reordering, which is the main source of malicious MEV, and offers users and traders a private venue to execute transactions outside the view of Ethereum’s public transaction pool.

“EIP-1559 is the most important upgrade in the history of Ethereum. While it solves some of its major problems, like high gas fees and priority gas auctions, it creates others by slashing block producer revenue, which inadvertently incentivizes MEV,” explained Caleb Sheridan, a core developer of the Eden Network.

He added, “Some MEV is actually healthy, such as the arbitrageurs who push prices back in line. So rather than trying to block all MEV, the Eden Network captures MEV, without harming users or block producers, and redistributes it in a more equitable way to all of the network’s stakeholders. It’s a win-win for everyone.”

Through Eden Network, slots within a block are tokenized and made available for lease. The first three slots in each block are occupied by Slot Tenants, which are determined using a continuous auction mechanism in the network’s native token, EDEN.

Any network participant can outstake a current Slot Tenant. Each tenant can submit as many transactions as they want until they reach the 1.5M gas limit. Any remaining gas is automatically allocated to the following Slot Tenant’s transactions to conserve blockspace.

Alpha, BAND, Sushi, and a few more projects will be among the network’s partners at launch

On Aug 2, Eden will be live and free to use on the Sushi platform. as Sushiswap is occupying a slot on Eden Network, all Sushi transactions (up to 1.5M units of gas per block) are frontrun resistant via Eden Relay, where transactions are processed privately and have full MEV protection.