This crypto is pumping after getting a major tech celebrity endorsement

Elon Musk has long been teasing Twitter with cryptic messages aimed at crypto investors, with the Tesla founder offering multiple contradictory statements that have made it incredibly unclear as to whether or not he is a fan of Bitcoin and other cryptocurrencies. 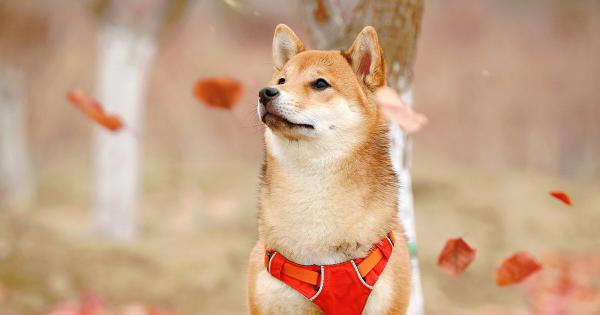 Elon Musk has long been teasing Twitter with cryptic messages aimed at crypto investors, with the Tesla founder offering multiple contradictory statements that have made it incredibly unclear as to whether or not he is a fan of Bitcoin and other cryptocurrencies.

Despite this unclarity when it comes to Bitcoin and the aggregated market, there is one crypto that Musk has been an unabashed fan of — Dogecoin.

This relatively small cryptocurrency — which is currently ranked 33 by market capitalization – is now seeing some bullish price action due to yet another endorsement from Musk.

Earlier today, Elon Musk posted a wholesome dog meme that is emblematic of the type of content that he is fond of sharing on his Twitter timeline, concisely noting in this tweet’s caption that “dogs rock.”

Shortly after this tweet was sent, he created a thread in which he added that “they have the best coin.” 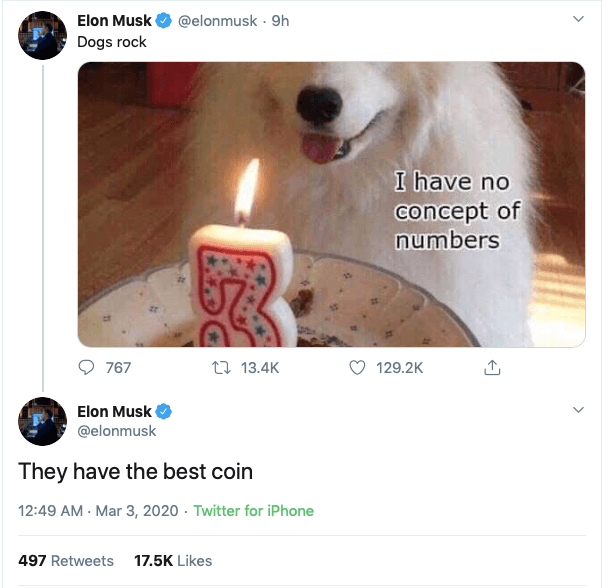 Clearly, this is a reference to Dogecoin, a cryptocurrency that Elon Musk has previously claimed is his “favorite,” even becoming the crypto’s interim CEO on Twitter for a handful of days in mid-2019.

Although without this context it may be a stretch to claim that his latest tweet is directly relating to Dogecoin, it doesn’t come as a surprise while considering that he has previously claimed to prefer the small token over every other digital currency – including Bitcoin.

“Dogecoin might be my fav cryptocurrency. It’s pretty cool.”

Elon Musk’s somewhat cryptic tweet to his over 30 million followers earlier today clearly was well received by the cryptocurrency’s investors, with the token’s price surging today while Bitcoin and the aggregated market continues finding itself caught within an unwavering downtrend.

At the time of writing, Dogecoin is trading up over 3 percent at its current price of $0.002427, which marks a notable climb from where it was trading at prior to Musk’s tweet.

Because Bitcoin has once again declined today after facing a strong rejection at $8,900, Dogecoin has been able to outperform it by nearly 5 percent.

Naturally, it is unlikely that Musk’s latest endorsement of the dog-themed crypto will be enough to spark any sort of notable long-term uptrend, but it is interesting that his attempts to troll so-called “crypto Twitter” are enough to sway asset prices.

It also seems as though the bigger the reaction Musk gets from the crypto community regarding his cryptic comments, the more incentivized he is to continue trolling.