Ever since crypto-crimes and criminals using Bitcoin and other cryptocurrencies to launder money became a thing, the field of crypto-forensics has come up as an unlikely “evil good.” The field has, somewhat, proven most cryptocurrencies are not fully private as previously imagined. 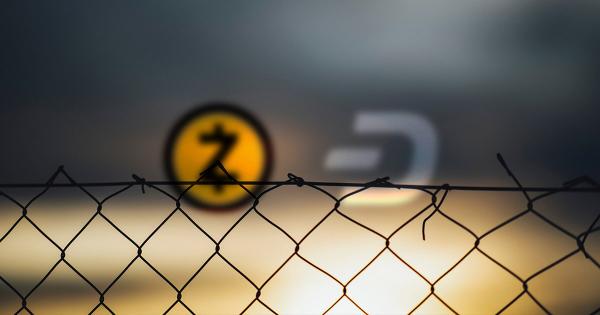 Ever since crypto-crimes and criminals using Bitcoin and other cryptocurrencies to launder money became a thing, the field of crypto-forensics has come up as an unlikely “evil good.”

The field has, somewhat, proven most cryptocurrencies are not fully private as previously imagined. A user’s transactional behavior can be mapped and worked backward to provide personal identities of the owners of suspicious crypto wallets or transactions.

Chainalysis has emerged as the top contender in the crypto-forensics space, with their solutions targeted at governments, crypto institutions, and private agencies for insights into cryptocurrency transactions and to develop anti-money laundering mechanisms.

Now, the firm is moving ahead to track Dash and Zcash transactions — two of the largest privacy protocols that made use of various security features. Zcash uses the innovative zk-Snarks framework in its protocol to mask transactions and protect identities.

Chainalysis, the 2014-founded, New York-based firm announced on June 8 its foray into investigations and compliance support for Dash and Zcash:


Announcement: Chainalysis now supports Dash and Zcash! You can read up on the details in our latest blog. https://t.co/PYFKUw3C7Q pic.twitter.com/tNqUO8P5JB

A blog post on the subject noted users do not implement the privacy features available on both Dash and Zcash, with Chainalysis even calling the privacy on Dash a “misnomer” and no better than currently-used “mixing” services like CoinJoin.

For Dash, Chainalysis noted the protocol sends all requested transactions into a bigger “pool,” making it difficult to connect input addresses with the output. However, this occurs only when a user selects the “PrivateSend” feature — which is technically similar to any other cryptocurrency using CoinJoin — with all “normal” Dash transactions being unmixed by default.

Only 9 percent of all Dash transactions use the PrivateSend feature. Chainalysis adds:

“(This) is larger than the share of Bitcoin transactions that use CoinJoin or mixing techniques, but is still a relatively small and declining percentage of Dash transactions.”

Users don’t have to use the output of these mixing transactions to perform a PrivateSend transaction. Instead, they can opt to use them with non-mixed funds. The percentage of Dash transactions that constitute actual transfers of funds using PrivateSend is less than 0.7 percent.

Addressing any potential “FUD” stemming from the Chainalysis report, Dash Core Group CEO Ryan Taylor noted user privacy is still intact if PrivateSend is used. He tweeted in the regard:

No, it’s not. Use PrivateSend. We’ve had AML providers since 2016. Exchanges need those services to appropriately assess compliance risks, so the addition of Chainalysis actually helps add more exchanges (some only use Chainalysis).

Chainalysis said only 14 percent of all transactions used one of Zcash’s two shielded pools “in some way.” However, only 6 percent of those were completely shielded, meaning all input and output data is encrypted.

The metric represented only 0.9 percent of all Zcash transactions, Chainalysis noted.

However, the firm points out Zcash is “stronger” due to its zk-SNARK encryption. Regardless, transaction values and “at least one address” for over 99 percent of ZEC activity can be recorded by Chainalysis, the firm claimed.

CryptoSlate reached out to the Electric Coin Company, which oversees Zcash development, for comments on the topic. The firm referred:

Chainalysis cannot trace shielded addresses, unless a specific user were to opt-in and let Chainalysis view their transaction data using their own Viewing Key ("Selective Disclosure").

ECC further noted the Zcash protocol has inbuilt features to ensure users utilizing shielded addresses get the “strongest protection against data leakage,” while exchanges get “easy” deployment and regulatory compliance.

Meanwhile, Jonathan Leto, an independent developer who’s previously worked on Bitcoin Core and Zcash as a contributor, expressed on Twitter about the apparent lack of privacy:

Sure does look like @mineZcash has $ZEC Stockholm Syndrome, poor thinghttps://t.co/YSnLNlTt7A

Most exchanges and wallets don't support zaddrs, might as well call it Tcash and embrace the lack of privacy. https://t.co/vOjmSjkoBO pic.twitter.com/nINlz5Ynot

Zcash is a decentralized and open-source cryptocurrency that offers privacy and selective transparency of transactions using advanced cryptography.. Learn more

The Dash Foundation is an association of persons with a common business interest, organized to engage in any lawful activity permitted by Section 501(c)(6) of the Internal Revenue Code of 1986. Learn More