The FCA has been warning about Bitcoin for years, but is the real risk not investing? Oluwapelumi Adejumo · 5 months ago · 2 min read
News › U.K.› Bitcoin › Regulation

The FCA has been warning about Bitcoin for years, but is the real risk not investing?

FCA’s crypto warning over the years appear to be preventing investors from reaping significant rewards that might be attached to Bitcoin investments. 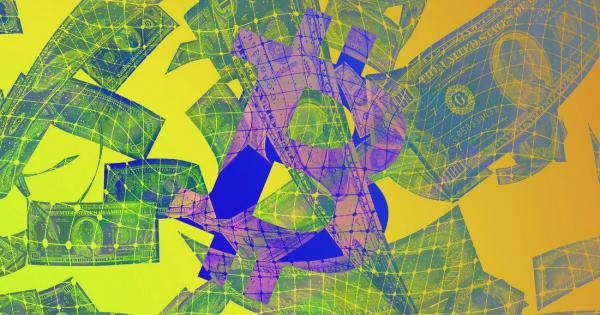 One of the few financial regulators that have been consistent in its warning about the dangers of the crypto space is UK’s top financial watchdog, the Financial Conduct Authority (FCA).

The agency has repeatedly warned citizens to be wary of crypto investments and sometimes tell those who invest in the space to be prepared to “lose all of their money.”

However, a cursory look at FCA warnings over the years would show that the regulator has not been protecting investors from “losing their money”; instead, the warnings appear to be preventing them from “making money.”

FCA Bitcoin warnings and how they affected consumers

UK’s FCA’s first warning about Bitcoin came in December 2017 when the former head of the agency Andrew Bailey said, “If you want to invest in Bitcoin, be prepared to lose all your money.”

This means that despite the intrinsic volatile nature of the coin, the FCA warning led those who heeded the call to lose a possible 137% gain on their investments if they had HODLed.

The agency rehashed its warning in October 2018, when BTC was trading around $6,000. This meant anyone who bought it then would have earned over 500% returns based on the current price.

Another instance where the FCA might have prevented consumers from making a massive profit on Bitcoin was in March 2019 when it was trading close to $4,000.

The FCA executive director Christopher Woolard stated that consumers might not well understand cryptocurrencies and added the usual refrain that anyone investing should be prepared to lose their money.

Those who ignored that advice then and bought BTC would have made close to 2000% returns if they sold during the peak run of the asset.

While FCA warnings were in good faith, the regulator failed to pay attention to the almost perfect nature of the coin over the years. Unlike other cryptocurrencies, Bitcoin is completely decentralized and is one of the most secure blockchain networks.

This is something that the FCA ignored in its studies, leading to its one-sided assessment of the asset and the half-correct predictions.

However, the regulator can not be faulted as it was doing its job of protecting consumers as investing in the crypto space remains at a very high risk. But the paranoia that its warnings generated might have caused many to lose out on significant returns.

UK introduces new rules for promotion of high-risk assets; crypto in the crosshairs