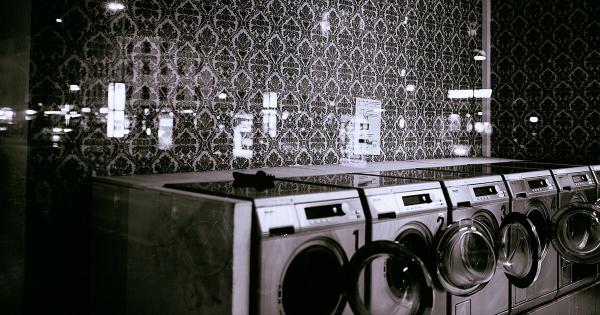 Although this narrative has largely dissolved in recent years, it is important to note that traces of it still remain amongst governments and retail investors, which has been slowing the technology’s widespread adoption.

This is emblematic while looking at the White House’s recent 2021 fiscal budget, which specifically names cryptocurrency-related crime as one thing they intend to crack down on in the near future.

Further bolstering this narrative is the recent news regarding a stunning $300 million money laundering scheme that was just busted by the Department of Justice, which may serve as the poster child for the government’s growing case against Bitcoin.

Recently, news broke that the US Department of Justice charged an Ohio-based man with laundering over $300 million by utilizing Bitcoin.

The money-laundering scheme, which has been described as a “tumbling” operation, was run by Larry Harmon, who put together an advanced money laundering operation deemed “Helix” that helped clean money that was used for transactions on an underground marketplace called AlphaBay.

The goal of this so-called Bitcoin “mixer” service was to mask the wallet addresses associated with specific transactions, with BTC entering a cumulative wallet before being sent to the target wallet – minus a fee.

“Helix allegedly laundered hundreds of millions of dollars of illicit narcotics proceeds and other criminal profits for Darknet users around the globe…This indictment underscores that seeking to obscure virtual currency transactions in this way is a crime, and that the Department can and will ensure that such crime doesn’t pay.”

The government’s case against BTC grows

In the newly released White House 2021 fiscal budget, the term “cryptocurrency” is mentioned twice, with the technology being directly linked to terrorism financing and other criminal activity.

Furthermore, the budget also notes that the White House intends to move the Secret Service back underneath the Treasury Department so that it can better police Bitcoin and the crypto industry.

It remains unclear as to whether or not the Secret Service’s involvement within the crypto markets would be a net positive or negative, it is highly probable that the recent DOJ Bitcoin money laundering bust will be an impetus for the government to get further involved within the markets.