Earlier this month, Danske Bank, the biggest bank in Denmark, faced its largest scandal to date for laundering more than $230 billion. 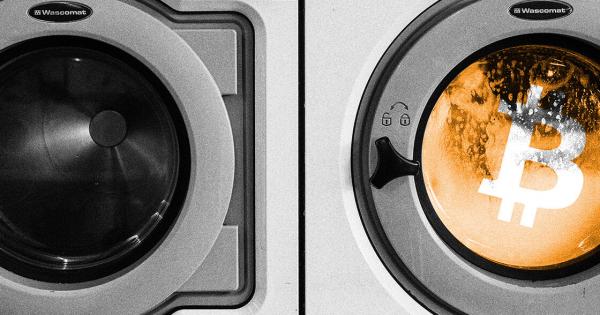 Photo by chrissie kremer on Unsplash

Earlier this month, Danske Bank, the biggest bank in Denmark, faced its largest scandal to date for laundering more than $230 billion. Despite the billions of dollars banks launder on a daily basis, critics are still focused on crypto exchanges.

On Sept. 28, Erik Voorhees, the CEO of popular cryptocurrency exchange ShapeShift, responded to the coverage of WSJ which compared the amount of money laundered by banks and crypto exchanges over the past two years. In the last 24 months, banks have laundered $2.7 billion every day while crypto exchanges have allegedly processed $9 million in illicit funds.

Is it an Issue of Money Laundering or Establishing a Narrative?

Based on the numbers alone, it is fairly evident that the problem lies in the institutions that are laundering $1.971 trillion in every two years rather than organizations that allegedly launder $9 million in 48 months.

Hence, if the concern of money laundering in the crypto market was really about the problem of funneling illicit funds, then the focus of government agencies and the media has to be established on banks.

Last week, it was revealed that the biggest commercial bank in Denmark laundered $230 billion in Estonia.

“It is clear that Danske Bank has failed to live up to its responsibility in the case of possible money laundering in Estonia. I deeply regret this.”

Karel Lannoo, the CEO of Center for European Policy Studies, a Brussels-based think tank, stated that the proportion of the scandal is so large that it may single-handedly harm the reputation of the country, which has been acknowledged as not of the cleanest in the world.

“This is a scandal of enormous proportions. We are talking about a country that has the reputation of being one of the cleanest in the world. And this is their largest bank.”

Yet, less than two weeks after the biggest scandal in the history of Denmark, the focus on money laundering has somehow shifted to crypto. A WSJ investigative report revealed that ShapeShift laundered a grand total of $9 million in the past two years, which has not been conclusively proven.

But, assuming that ShapeShift did process $9 million in illicit funds, it is nowhere close to the amount of money laundered by banks on a daily basis.

“A parade of suspected criminals has taken advantage of ShapeShift’s services since the exchange began in 2014, according to law-enforcement officials, independent researchers and the Journal’s investigation.”

The narrative of critics against cryptocurrencies since the beginning was that it is the go-to form of money for criminals. However, as Europol recently disclosed, cash remains as the dominant money laundering tool amongst criminal groups, because of its anonymity.

2/2 Author cherry-picked data, excluding facts contrary to vilification narrative. $9m figure is less than 0.2% of our volume over the time-period. Meanwhile global money laundering through banks is 2-5%. Op-ed forthcoming.

Cryptocurrencies by nature, contrary to most reports, are not anonymous. Bitcoin wallets and transactions, for instance, can be tracked using a block explorer and even with mixing tools in place, startups like Chainalysis have developed sophisticated tools to untangle transactions.