Tenderbake is capable of shorter block times and near-instant finality, with block times of 1 second or less. 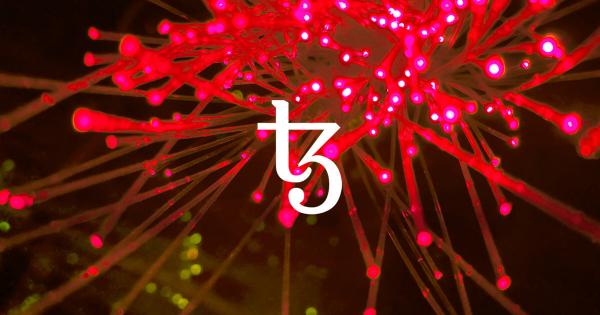 Smart contract platform Tezos has confirmed that it is trialing a new form of consensus algorithm called ‘Tenderbake,’ it said in a release shared with CryptoSlate.

First touted as “a blockchain synchronizer and single-shot consensus algorithm” in a blog post published last January, Tenderbake is being utilized in the latest Tezos testnet, with team members seeking to identify potential implementation errors and optimize performance.

The introduction of Tenderbake follows a hectic period for Tezos, which has seen approximately one upgrade implemented every quarter. The latest single-shot consensus algorithm was developed by Tezos engineers and academic researchers over the course of the last year, including those from the Baking Bad cooperative.

Tezos revealed that Tenderbake was capable of shorter block times and near-instant finality, with block times of 1 second or less. This would make it a market improvement on Emmy+, and bring Tezos in line with Visa levels of transactions per second (TPS) – without sacrificing decentralization.

Because Tenderbake is capable of handling a large number of validators, the latest upgrade is seen as a major milestone for the network, helping users leverage irreversibility in their transactions when a block is forged.

As noted in the original academic whitepaper, a joint-effort between Nomadic Labs and the Université Paris-Saclay, the team’s methodology is “driven by the need to bound the message buffers,” a process that is “essential in preventing spamming and run-time memory errors.”

The paper also outlined how “Tenderbake processes can synchronize with each other without exchanging messages, leveraging instead the information stored in the blockchain.”

Or to put it another way, no fork is possible while Tenderbake is utilized, irrespective of network delays. With the consensus algorithm in place, even if the network degrades during an asynchronous period, the blockchain will pick up where it left off once synchrony is restored.

News of the Tenderbake testnet release inevitably reached the markets, with the platform’s native token, XTZ, up by almost 20% over the past seven days. Tezos is currently the 31st cryptocurrency by market cap, sandwiched between Bitcoin SV (#30) and Cosmos (#32). The market capitalization of XTZ stands at $4.8 billion.

While the long-term impact of Tenderbake remains to be seen, the Tezos community has good reason to be bullish at the moment.

The testnet follows the launch of QuipuSwap, an open-source automated market maker that crossed $1 million in TVL in its first week. QuipuSwap is Tezos’ very own version of Uniswap, with users free to connect their Temple wallet and swap assets like ZTZ, KUSD, tzBTC, and USDtez.

On the 2nd of February, Bender Labs tweeted about their new whitepaper here.