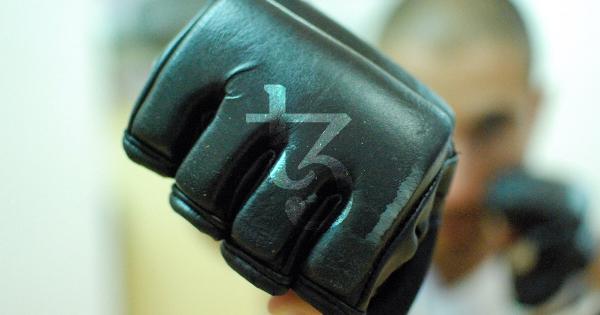 Throughout late-2019 and early-2020, protocol tokens with staking mechanisms garnered significant support amongst users, with tokens like Tezos (XTZ) drawing in massive inflows of investor capital due to lucrative monthly rewards.

Although a stable five percent+ annual yield may have been attractive six months ago, the advent and rise of decentralized finance has stolen the thunder from staking tokens.

One economist believes that this is fueling Tezos’ ongoing decline, which may not end anytime soon as the popularity of yield farming continues growing.

After rallying earlier this month, Tezos’ strong uptrend has shown signs of faltering, with the cryptocurrency plunging from its recent highs of nearly $5.00 to recent lows of under-$3.50.

At the time of writing, XTZ is currently trading down nearly eight percent at its current price of $3.55.

Despite signs of short-term weakness, it is important to note that the crypto is trading up significantly from yearly lows of roughly $1.25.

Much of the cryptocurrency’s technical strength came about as a result of the parabolic uptrend that led it from its October 2019 lows of $0.75 to highs of $3.60 in February.

A combination of investor hype and the addition of XTZ pool staking on Coinbase last year sparked this movement, which helped it form a strong investor base that has contributed to its recent uptrend.

The hype surrounding this token may start faltering, however, as its staking mechanism is growing less attractive by the day as a myriad of DeFi yield farming opportunities arise.

The current annual yield on XTZ staking sits at 5.49 percent. Those who “bake” their Tezos can earn a total of 6.17 percent annually.

While rebuking claims of Tezos being “Chainlink’s slow cousin” that will soon see a similar parabolic rally, crypto-focused economist Alex Krüger explained that he believes XTZ will be “murdered” by a collapsing staking appeal.

“XTZ is not the slow LINK cousin. One is a protocol token, the other an oracle token. XTZ is getting murdered for a good reason: its staking appeal has collapsed with the emergence of yield farming.”