Another three hundred million freshly minted Tether tokens (USDT) have entered the market in the first printing since mid-February. 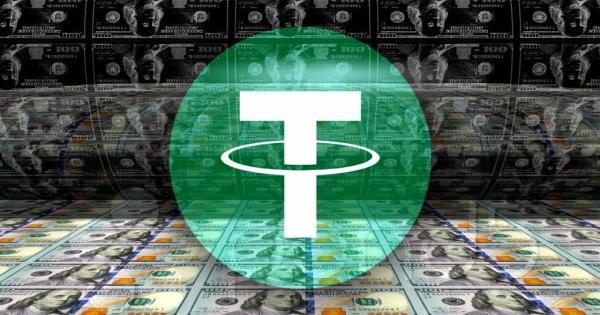 Another three hundred million freshly minted Tether tokens (USDT) have entered the market in the first printing since mid-February. The tokens were sent to an address associated with Bitfinex.

The news was brought to the attention of the masses by Twitter satirist “Not Tether Printer,” who pointed to a host of transactions on the Omni network in which an estimated 300 million tethers were sent:

Tether has minted 850 million Tether Tokens since the beginning of the year, taking the total balance to $2,248,665,722.36 at the time of writing, which represents a significant chunk of the overall cryptocurrency market cap.

As Tether is the most popular dollar-pegged cryptocurrency, it is a refuge for many in times of market instability. High demand during the January bear market saw the price of Tether jump up to 1.03 USD.

As one of the few stable coins on the blockchain, many traders sold their Bitcoin for Tether instead of cashing out and paying taxes on their profits.

Tether trading takes up a significant portion of all trading volume, and has been the second most traded coin for months; with USDT pairings representing 14.21% of all crypto trading volume as of today.

The largest exchange by volume, Binance, added USDT pairings in mid-2017, and currently allow direct USDT trading with seven of the most popular coins.

They have recently expanded their Tether offering to include pairings with QTUM, which saw the coin jump 42% and fuelled speculation that it is this pairing that is driving further demand for Tether.

Can you Trust Tether?

The currency has come under intense scrutiny over the past few months after they confirmed that the relationship with their financial auditor, Friedman LLP, had come to an end.

This raised doubts over the legitimacy of Tethers claim to be backed 100% by USD, and caused concern that Tether could be propping up the market with false funds.

Although Tether released no official statement on the uncertainty and declined to comment during interviews, the Tether website states that:

Tether Platform currencies are 100% backed by actual fiat currency assets in our reserve account. Tethers are redeemable and exchangeable pursuant to Tether Limited’s terms of service. The conversion rate is 1 tether USDT equals 1 USD.The Tether Platform is fully reserved when the sum of all tethers in circulation is less than or equal to the balance of fiat currency held in our reserve. Through our Transparency page, anyone can view both of these numbers in near real-time.

The launch of TrueUSD earlier this year created a competitor for Tether, and just this month Bittrex announced that they will be listing it. TrueUSD claims to be a “legally-backed stable cryptocurrency.”