A fresh class action lawsuit has been filed against Bitfinex and its sister company Tether Limited, the company behind the controversial but market-leading USD-pegged stablecoin, USDT. 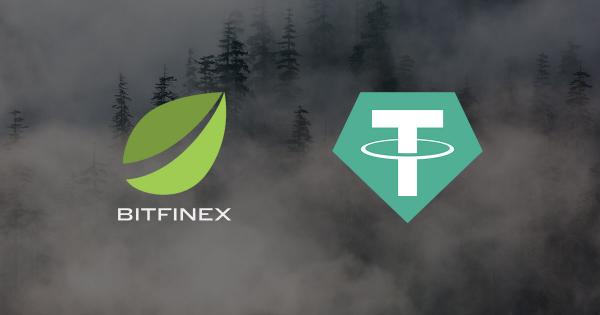 A fresh class action lawsuit has been filed against Bitfinex and its sister company Tether Limited, the company behind the controversial but market-leading USD-pegged stablecoin, USDT. Tether has issued a response categorically rejecting wrongdoing and has dismissed the latest complaint as “absurd and groundless.”

An impassioned post on the Tether blog Monday claimed the two sister companies have been hit with a “mercenary and baseless” class action complaint in the state of Washington, the second lawsuit filed against them in two months.

Tether dismissed the latest suit as a “copycat” mimicking an “unsound” class action that was filed against the company and Bitfinex in New York on October 6th, alleging Tether caused more than $1 trillion worth of losses for investors on account of fraud.

Just as it did for the October lawsuit, Tether derided the latest class action as being “mercenary” in nature and iterated that no settlements of any kind will be reached:

To be clear, there will be no nuisance settlements or settlements of any kind reached. Instead, all claims raised across both actions will be vigorously contested and ultimately disposed of in due course. Once they are, Tether will fully evaluate its legal options against those bringing and promoting the baseless claims.

A lot on the line

Tether’s hardball approach is hardly surprising — a loss or settlement in either of these lawsuits could be seen as a show of weakness opening the firm up to further financial and reputational loss.

Tether and Bitfinex are at the center of a raft of legal battles including a six-month-old case against their parent company, iFinex Inc., which in April was issued an injunction by the New York Attorney General (NYAG) for allegedly operating in New York without the appropriate license, as well as purportedly lying about the relationship between its two entities.

The NYAG’s latter claim could be a particularly damning one if proven to be accurate. The October lawsuit also leveled this charge of overlapping ownership at Tether and Bitfinex, citing evidence in the Paradise Papers that showed two Bitfinex executives were also beneficial owners of Tether.

On these grounds, the lawsuit alleges that in late 2017 the two companies pumped Bitcoin’s price up to near-$20,000 using USDT that was not, in fact, backed by USD as the company claimed.

A negative ruling against Tether could have potentially catastrophic implications for the cryptocurrency market, given that USDT represents almost 17 percent of total capitalization.

UNUS SED LEO (LEO) is a cryptocurrency token and operates on the Ethereum platform. Learn more