It’s no secret the past few weeks have been tough for crypto investors. 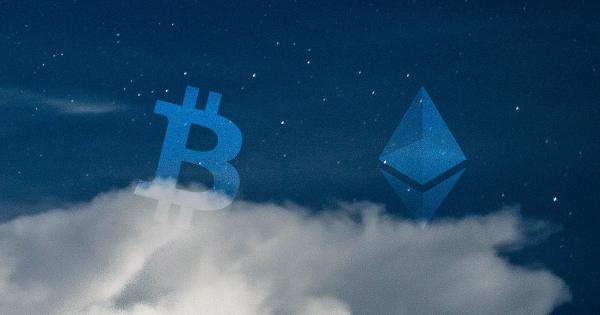 It’s no secret the past few weeks have been tough for crypto investors. In March, Bitcoin fell off a proverbial cliff, tanking from $7,700 to a low of $3,800 in the span of a single day. Altcoins followed suit, actually falling even more than the market leader.

And as a result, millions of dollars worth of cryptocurrency were liquidated, sentiment hit rock bottom, and many traders and investors threw in the towel, accentuated by the recent decrease in the Bitcoin market’s liquidity.

But, analysts are starting to come to the conclusion that the stars are aligning for the crypto market, especially for Ethereum and certainly for Bitcoin.

The crypto stars are aligning

Cyrus Younessi, part of the Risk team at Ethereum-based DeFi application MakerDAO, summed up this cheery sentiment nicely when he published the crypto-viral tweet on Apr. 6, simply explaining that “not since 2017 have so many bullish crypto narratives aligned at once”:

Not since 2017 have so many bullish crypto narratives aligned at once: DeFi, Eth 2.0, the Halvening, gold rally, Fed repo, monetization of debt, institutions warming up, and the 2.5 year bear market ending. What more could you ask for?

This is put up or shut up time for crypto.

As put best by Younessi, “what more you could ask for?”

Indeed, each of the trends that Cyrus identified is believed to have a positive impact on the value of cryptocurrencies. Meaning that when they’re collected, taking place all at once, Bitcoin, Ethereum, and other digital assets will experience a “perfect storm,” so to say.

A perfect storm that some, like legendary venture capitalist Tim Draper, believe will take Bitcoin into the six-figure price range, far above the doldrums that BTC is wallowing in today.

Is there any risk to Bitcoin & others on the horizon?

While the abovementioned signs seemingly suggest a rally — and a strong one at that — in the crypto-asset market is imminent, some fear it is too early to turn bullish.

Cantering Clark last month chalked up this rationale to his sentiment that BTC won’t bottom until equities find a bottom, explaining that the “moment equities s**t the bed again Bitcoin will follow”:

“We essentially just went from Bull market to Bear market in under 20 days. The true extent of the knock on effects & damage has yet to even be revealed. We are seeing a fraction of what the reality is. At best we are at the October ’08 period, [… so] the moment equities s**t the bed again Bitcoin will follow.”

He explained further that there’s also no telling which crypto companies, including Bitcoin exchanges, will be affected by the global recession that is building, further hurting crypto’s prospects.

Go ahead and save this tweet.$BTC $SPX $ES

Yes, equities have rebounded some 30 percent since the local bottom, but serious analysts and investors believe there’s a legitimate chance more downside is on its way for legacy markets.

Just this week, the chief investment officer at global investment firm Guggenheim, Scott Minerd wrote in a note that there’s a chance the S&P 500 falls 40 percent to 1,500, writing that once the markets digest the economic data of rising unemployment and contracting growth, “there will be another level of panic.” (He previously suggested that many companies are likely “vulnerable to failure in the long run,” as reported by CryptoSlate previously.)

If Clark’s sentiment about the correlation between cryptocurrencies and equities is to be believed, a 40 percent drop in equities wouldn’t see Bitcoin rally. Instead, it would probably drop.