Although MiCA will bring much needed regulatory clarity, crypto firms will face stricter rules under the new framework. 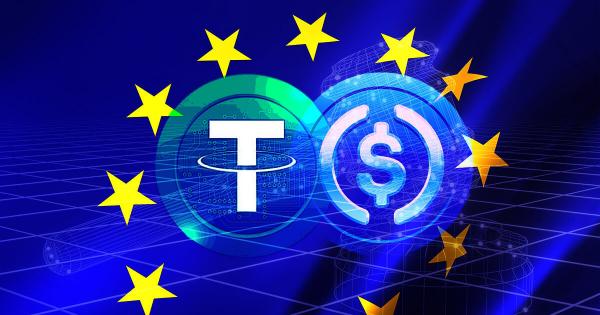 Having analyzed the agreement, Seth Hertlein, Ledger’s Global Head of Policy, said the regulation “will profoundly impact Europe’s future competitiveness and the viability of its Web3 industry.”

While there were many “hits” in the proposed framework, Hertlein also pointed out that he has his concerns.

Stablecoins to be limited in size and scope

Stefan Berger, the European Parliament Member and Rapporteur for the Markets in Crypto-Assets (MiCA) framework, broke the news on Twitter, adding that he was pleased that the “balanced” deal would include concessions including no ban on Proof-of-Work (PoW) technologies.

The agreement marks the first major regulatory framework for cryptocurrencies but comes at a time when the industry is suffering a brutal downturn.

Given that a factor in current market conditions was the Terra UST de-peg, in thrashing out a deal, a point of contention among E.U. lawmakers was an appropriate stablecoin policy.

According to CNBC, under the provisional agreement, exchanges and stablecoin issuers will be met with new, more rigid rules designed to avoid a repeat of what happened at Terra and increase consumer protections.

Under the proposal, stablecoins are required to hold adequate redemption reserves to cover withdrawals. There will also be a threshold to the daily transactions for the biggest operators, thus limiting their scope and market influence.

“stablecoins like tether and Circle’s USDC will be required to maintain ample reserves to meet redemption requests in the event of mass withdrawals. Stablecoins that become too large also face being limited to 200 million euros in transactions per day.”

Hertlein points out the MiCA misses

As much as MiCA is praised as a much-needed comprehensive framework for the cryptocurrency industry, in assessing the proposal, Hertlein raised several concerns.

First, while Berger said PoW mining escaped a ban, Hertlein points out that the potential for a “backdoor ban” was snuck into the agreement.

“Within 2 years, the Commission must report on “mandatory minimum sustainability standards for consensus mechanisms.“

In addition, Hertlein called the approach to stablecoin regulation “particularly heavy.” Moreover, as no stablecoin currently meets the proposed rules, Hertlein implied that stablecoin issuers would be severely uprooted in scrambling to become compliant.

9/ ❌#Stablecoin regulation is particularly heavy and requires a physical presence in the EU. We won’t know what this means for decentralized stablecoins until we see the final text, but the % of current stablecoin circulation that complies with MiCA approaches zero.

MiCA is expected to come into force by 2024.

GHO Stablecoin to be launched as Aave DAO gives a 99.9% approval