Justin Sun, the CEO of TRON, recently announced a partnership with Liverpool FC. 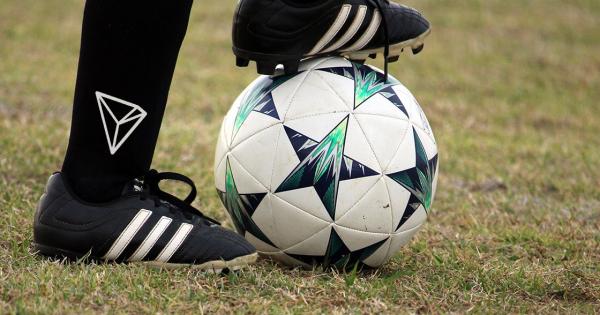 Justin Sun, the CEO of TRON, recently announced a partnership with Liverpool FC. The announcement was met with great fanfare, but recent evidence calls into question whether the partnership is real.

Thank you for the unique and innovative invitation, Liverpool! I am impressed and I'm looking forward to exploring this #TRON new partnership together! @LFC #TRX $TRX #BTT $BTT ?? pic.twitter.com/7RhFw7QVbX

As with other partnerships Sun has announced in the past, he described it as an “official partnership” and would provide more details soon.

official partnership. I will have more detail soon. ?

However, according to Decrypt, a spokesperson for Liverpool FC denied that it had a partnership with TRON. Jesse Powell, the CEO of leading crypto exchange Kraken, suggested the partnership was from a “spam” sales email from the organization:

I think we all got spammed with the same sales pitch. I get 100 of these a day. @decryptmedia pic.twitter.com/WK0iHgHpdV

It’s possible that Justin Sun received one of these sales emails and spun it into a partnership with Liverpool FC, said Ben Munster in a thread discussing the development.

These tactics are not unusual in the cryptocurrency space. Especially during the ICO mania of 2017, if a project was purchasing services from a company like Microsoft or Amazon it was a “partnership.”

If a company was mentioned in an online publication it was a “media partnership.” Liberal use of this type of sales lingo built hype around premature blockchain companies, helping them raise absurd amounts of cash at outlandish valuations. And for TRON, it seems that the community has taken notice of the faux pas.

As far as i know no partnership was sealed and this "invitation" was sent to many other companies.
Even if there was something in the making, anyone knowing how business works would know that a NDA would have been signed and thus such a thing couldn't be announced this way. https://t.co/ZgKNcyEvLB

Considering Justin Sun’s predisposition towards perpetually marketing TRON, it wouldn’t be surprising if the “partnership” announcement with Liverpool FC was made prematurely.