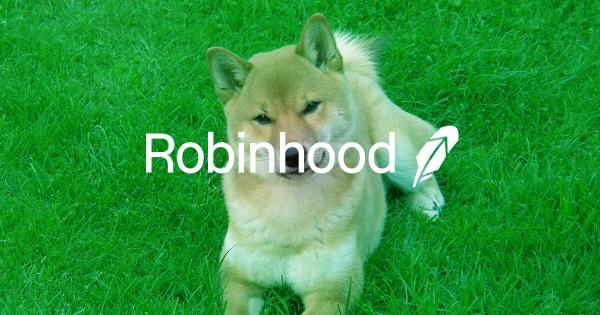 The COO of Robinhood Crypto, Christine Brown praised the Shiba Inu community for its engagement with the firm, leading to speculation of an imminent listing. However, Brown was quick to shut down any talk of a listing due to company policy.

A change.org petition for Robinhood to list Shiba Inu is currently at over 525,000 signatures, demonstrating the strength of feeling on the matter.

Tristan Luke, who started the petition implied a Shiba Inu listing could be as big for Robinhood as Dogecoin was several months ago. He called on people to encourage Robinhood, as the first traditional brokerage, to make the move.

Nonetheless, Robinhood is currently under fire after it revealed a data breach leaked information on 7 million of its customers.

When asked when Robinhood would list $SHIB, Brown opened by saying the Shiba Inu community has been vocal in pushing for a listing. This, she said, was a positive from her perspective.

“One of my favorite things is seeing the community around these coins, really engage with us and really let us know what they want.”

But as far as confirming or denying a listing, she went on to say that it’s company policy not to talk about listings before any official announcement. While apologizing for not breaking that news with Yahoo Finance.

Robinhood under fire for data leak

The start of this week saw Robinhood disclose a serious data breach with more than 7 million customers affected.

According to Cnet, the leak consisted of “various amounts of data,” with emails making up the biggest type of leak at 5 million cases, followed by 2 million instances of full names leaked.

Robinhood said that the names, date of birth, and ZIP code may have been leaked for 310 people. And about 10 users suffered leaks on “more extensive account details.”

Caleb Sima, the firm’s Chief Security Officer, said disclosing the breach was the right thing to do as they are a company that acts with transparency and integrity.

“As a Safety First company, we owe it to our customers to be transparent and act with integrity.”

They say the party responsible had demanded payment, but the breach has since been contained, and law enforcement has been made aware of the situation.