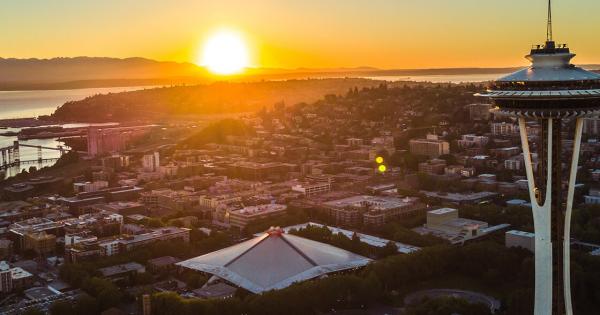 Photo by Alex Mertz on Unsplash

The ability to attract, retain, and develop top quality talent will determine whether or not the blockchain industry is successful in moving past the phase of hype into true value creation, and ultimately, mainstream adoption. Whether you are a start-up or a large enterprise, if you are looking for blockchain talent, it’s worth paying close attention to Seattle.

According to the newest CBRE’s “Top Tech Talent 2018” report, Seattle came as #2 in North America, right behind the obvious leader, Silicon Valley. So why, would you ask, would you not stick with the global leader? Why Seattle?

As a venture fund manager in the blockchain space, I get this question all the time. When I moved to Seattle from Silicon Valley, I was skeptical myself. Seattle hasn’t really been viewed as the ultimate go-to-destination for early-stage start-ups.

After all, Seattle start-ups have only received a fraction of venture funding ($8.4 billion has been raised since 2010), compared to that of Silicon Valley. There is no question that when it comes to traditional capital fundraising, there has been no better place to be in than Silicon Valley.

However, the world of crypto doesn’t follow the same rules. Capital (via ICOs) is more abundant. Capital is more geographically dispersed. Though it helps to be close to the money source, it is no longer a requirement. What matters most is to be close to talent. And when it comes to talent, and specifically blockchain talent, Seattle is emerging as a global leader.

But first, a little bit of history…

The Seattle crypto community emerged way before the rest of the world started to care about crypto coins. In 1989, almost 20 years before Satoshi’s white paper, elliptic-curve cryptography (ECC) was invented by University of Washington mathematics professor and cryptographer – Neal Koblitz. ECC became the underlying technology behind blockchain, for its fundamental invention that allows users to digitally sign electronic documents. ECC is still a dominant approach to public-key cryptography used today.

Meanwhile, during that same year, one of the most prominent thought leaders in cryptography and blockchain space today – Nick Szabo– had graduated from the University of Washington’s computer science department. In 1998 Szabo went on to create a pre-Bitcoin version of a decentralized currency, “bit gold,” and because of this, many still believe Nick Szabo is Satoshi Nakamoto himself.

In 2012, just four years after the release of Satoshi’s white paper, Seattle became home to The Bitcoin Foundation – with a noble mission of advancing the peer-to-peer vision of cryptocurrencies and restoring the reputation of the space after the Mt. Gox hack.

It was headquartered in Seattle, with several prominent figures such as Gavin Andersen, Brock Pierce, Peter Vessenes, Bobby Lee, and others who have chaired its board. In January of the same year, the first ever ICO after Bitcoin – Mastercoin (now called Omni) –  was conceived and shared with the world, raising $7 million in just 5 hours, thanks to its Seattle-based software engineer and creator, J.R. Willett. And that was only the beginning…

Today, Seattle is home to one of the largest crypto-trading exchanges in the world – Bittrex. Handling more daily trading volume ($40-$70 million transactions per day) than Poloniex, Bitstamp, Gemini, and many other exchanges, Bittrex is the second US exchange to introduce Fiat to Crypto platform. Bittrex’s trading volume is comparable to that of Coinbase ($50M-$90M), but only with 1/5 number of employees. It is heavily investing in its infrastructure, as well as the wider blockchain community in Seattle.

Seattle is also home to several prominent blockchain projects, such as Dragonchain (raised $13.7M via ICO) , Unikrn (raised $41M from notable sources such as Pantera Capital, Blockchain Capital, Mark Cuban, and others) , RChain (raised $15M via ICO and reached close to $1b market cap in early 2018), StormX (raised $32M via ICO), and ArcBlock (raised $15M via ICO in just 19 minutes), New Alchemy (leading ICO Advisory Firm founded by Peter Vessenes), and at least 3 blockchain funds (Bloccelerate VC, Reflective Ventures, Pithia) making active investments in this space. To foster collaboration between the start-up community and legislators, The Washington Blockchain Coalition has recently emerged. Last, but not least, the very media publication you are reading now, CryptoSlate, is founded and headquartered in Seattle.

And back to talent…

History is history. But why, you might ask, would Seattle have claimed to be a global leader when it comes to blockchain talent? Here are a few reasons.

Seattle is the epicenter of professionals highly sought after in the blockchain world – engineers. As the most educated market in North America, with 63.1 percent of residents 25 years or older holding at least a bachelors degree, Seattle has the 2nd highest concentration of high-quality software engineers.

These are defined as professionals with 3-5 years of experience who graduated from one of the top 25 computer science schools. The University of Washington alone is generating more than 450 high-quality engineers per year, as its computer science department is ranked #6 in the US ahead of many Ivy League schools.

This trend is further amplified by the “brain influx,” with consistent growth and expansion of two of the most valued tech giants in the world – Amazon and Microsoft, as well as the newly established engineering and R&D offices of Google, Facebook, Uber, Airbnb, Apple, and Oracle. Thanks to these software giants, Seattle has a growing plethora of coders trained on JavaScript, Python, or C++ (and the latter is becoming an alternative programming language of the blockchain world).

Many notable Chinese tech giants, such as Alibaba, Tencent, and others, are quietly opening their R&D offices in Seattle. In addition, Seattle is one of the most concentrated tech talent markets in North America (8.8 percent concentration) – this proximity fosters an environment of collaboration and serendipity – keys to innovation.

Unlike the traditional VC backed company where engineers are mostly compensated in salary and stock options, many engineers in blockchain-based companies are also compensated in tokens (contingent on successful ICO fundraise). Zero percent state income tax makes a huge difference if your income includes a multi-million dollar token stake. With that said, employers can get an equally qualified engineer for $7K less. Cost of operation is nearly half that of Silicon Valley or NYC.

To put things in perspective, the typical 500-person company requires 75,000 square feet, which costs almost $60 million in San Francisco, close to $10M more than in Seattle.  Last but not least, businesses with no brick and mortar store locations have to pay zero sales tax. All these factors combined make Seattle a very cost effective environment for more and more talented engineers looking to start or join a blockchain start-up.

Millennials are the driving force behind the crypto adoption curve, and Seattle is the growth epicenter for millennials – with 22.9 percent in annual growth and 21.3 percent concentration (ahead of that of Silicon Valley). Millennials are also the core demographic of developers  – the average developer is 28.9 years old (see Figure 1). Though today Seattle’s developer demographic is likely skewed toward more experienced coders, thanks to MSFT’s & Amazon’s presence, the growing youth demographic is undeniable. Not only does it mean a large pool of early crypto adopters available at your company’s fingertips, but also a massive pipeline of future hires.

Time will tell, but when looking to predict the future, it is useful to look to the past. Gates and Bezos chose not to relocate to California’s rapidly growing start-up state or stay in Albuquerque, New Mexico. They succeeded in building their empires in (and around) Seattle because of proximity to and high concentration of technology talent.

However, the presence of talent alone is not enough. For Seattle (and Washington State) to become a strong contender for the world’s crypto hub, a few stars must align. Regulators must embrace this as an opportunity and provide more clarity and more favorable laws. Community (angel investors, local VCs, mentors, etc.) must come together and invest more time and money into the local blockchain ecosystem.

Developers, programmers, engineers must leave the comfort (and benefits) of their companies and take the risk of starting or joining a local blockchain start-up. Even that is not enough – Seattle must learn how to tell its story to the world.

Will Seattle have a story to tell about becoming home to a trillion dollar token? Only time will tell, but I am betting on it.

For more articles from Kate Mitselmakher, see her Medium page.

Bloccelerate is a global accelerator and a fund focused on investing in blockchain companies all over the world. We bring together a decentralized community of advisors, mentors, and developers to facilitate the blockchain ecosystem.

Blockchain Seattle 2018 Showcases the Next Stage in Decentralization

Nick Szabo is a computer scientist, legal scholar, and cryptographer known for his research in digital contracts and digital currency. Learn More

Bloccelerate is a global accelerator and a fund focused on investing in blockchain companies all over the world. Learn More