It’s been a wild few days for crypto. 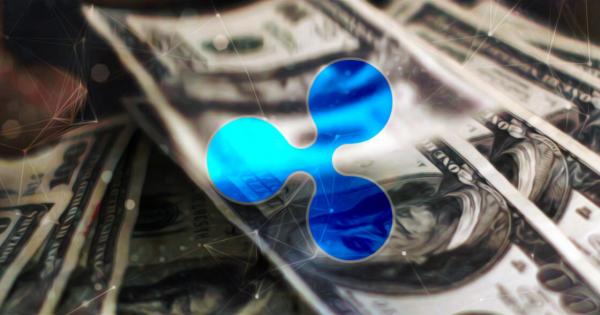 It’s been a wild few days for crypto. There’s been winners and lots of losers, and one of the biggest losers is Ripple. Ripple’s co-founder, who holds billions of XRP, lost an astounding $44 billion dollars in a few days. Billion with a B. Let’s highlight why and how this happened.

Ripple was one of the biggest winners of late 2017 and early 2018. The bank-to-bank software has an innovative tech, high transaction speeds, and was cheap to purchase individually. All of these things led investors to buy-in.

Mentions of Ripple in the Wall Street Journal or on CNBC piqued the interest of many people. Ripple’s 40,000% increase made a lot of people very wealthy, very fast, none more so than the founders.

Chris Larsen co-founded Ripple and personally holds around 5% of the coin supply and a 17% stake in the company, which combined to make him a very wealthy man as Ripple surged up to over $3 a coin.

MoneyGram just announced plans to experiment with Ripple tech. Many other banks have been linked as well. Everything was smooth sailing. Until it wasn’t.

Cryptocurrency has been in a massive market selloff the past few days, with dozens of coins seeing massive downswings.

Bitcoin slid all the way down below $10,000, prompting many to ask if it was finally done. The crypto bubble may have burst. But the truth is, this is most likely just a healthy pullback, partially driven by negative news.

The news in question comes from Asia. Long a popular crypto region, Asia has some of the world’s largest mining pools in China, and busiest exchanges in South Korea. This week, both might disappear.

Rumors swirled that Bitcoin would be banned altogether in China. The government already forced Bitcoin exchanges to shutter their doors last year. South Korea has already banned ICOs as well. Both governments have indicated some unease with the popularity of an decentralized currency that is tough to regulate in their country.

Chris Larsen was richer than all of Google’s founders put together. Now he’s worth only around $15 billion. That’s still a considerable sum, but the fact that someone could lose close to $50 billion in a flash crash underscores the insane volatility of cryptocurrency.