Regulations Will Enable The Global Adoption of Cryptocurrencies

Cryptocurrencies have transformed from an idea to something you can pay your taxes with, as four state legislatures issue bills to legitimize cryptocurrencies for tax purposes. 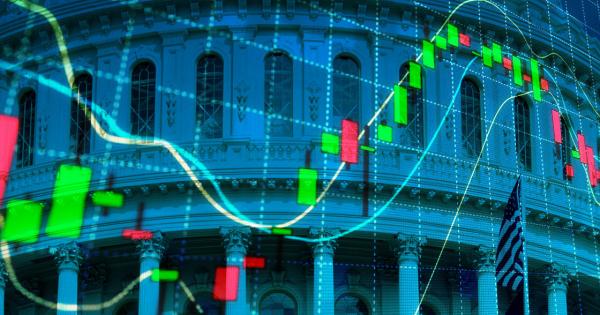 Photo by Jomar on Unsplash

In Arizona, regulators passed its Senate Bill 1901, allowing taxpayers to use a cryptocurrency verified by the Arizona Department of Revenue for tax purposes. Under the bill, the state will convert payments of cryptocurrencies to US dollars at market exchange rates. Taxpayers will still be responsible for paying any additional fees during the conversion.

While in Georgia, the Senate Bill 464 amends its tax and licensing code to accept cryptocurrencies as a payment for personal income taxes.  Georgia’s state treasurer will convert the digital payments to fiat within 24 hours.

And Wyoming has enabled a sophisticated strategy for virtual currencies. Its Senate Bill 111 will exempt cryptocurrencies from state property taxes, treating them like cash on hand, or gold, silver, and cashier’s checks.

As seen above, the pace of cryptocurrency regulation is increasing in the United States and aboard, and this is only the beginning.

A Harder Stance on Cryptocurrencies

In a report published by FleishmanHillard named Fintech in 2018: The Fads. The Fears and The Future, over half of the experts from institutions like Visa, Alipaper and Citibank agreed that regulators will take a harder stance on cryptocurrencies and initial coin offerings post 2018.

Daniel Aranda, Managing Director of Ripple, said in the report:

We will see regulators worldwide come down very hard on many illegitimate, fraudulent ICOs and the people behind them. Lawsuits, fines, and jail time would not be a surprise. These will impact the crypto space in the short-term.

The pace of new government regulations might be hard to believe, as cryptocurrencies originally weren’t taken that seriously by investors, let alone by governments.

In fact, back in 2010, you’d have a hard time buying a pizza with 10,000 bitcoins, so times have certainly changed, and it now appears time for governments to recognize, and even accept cryptocurrencies as a form of payment.

But with government acceptance also comes regulations and their interesting knock-on effects.

For example, regulations are the government’s official recognition of their presence in the market, giving speculators assurance that they’re here to stay. Regulations also give cryptocurrencies a practical use case (like paying taxes), fostering a healthy demand for their adoption by mainstream users.

And there’s something more: regulations may actually increase the perceived value of cryptocurrencies – at least over the short-term. In an interview with ZDNet, Juho Vähä-Herttua, Futurice senior software engineer, remarked on the irony of regulations and the role they play in the cryptocurrency market.

Ironically, the increased regulations around trading may contribute to the current high price of cryptocurrencies, as the increased difficulty of “cashing out” encourages people to hold their coins for longer, meaning there are fewer coins in circulation to meet the increasing demand. Therefore the price goes up.

It appears that regulations are a significant part of cryptocurrencies adoption for the mainstream. And it also seems that we can’t have one without the other; as the value and the market cap of cryptocurrencies increases, so will the number and severity of regulations, which are considered by some as antithetical to the crypto movement.

Due to the rising presence of regulations and their stifling effects on the cryptocurrency market, one commissioner in the United States has called for self-regulatory standards and “industry-wide” best practices to curb further regulatory action.

These comments came from Brian Quintez from the U.S Commodity Futures Trading Commission (CFTC), in a gathering hosted by the Technology Advisory Committee (TAC) to discuss blockchain technologies and virtual currencies.