The crypto ‘friendly’ state is pushing for several tech- and crypto-forward initiatives. 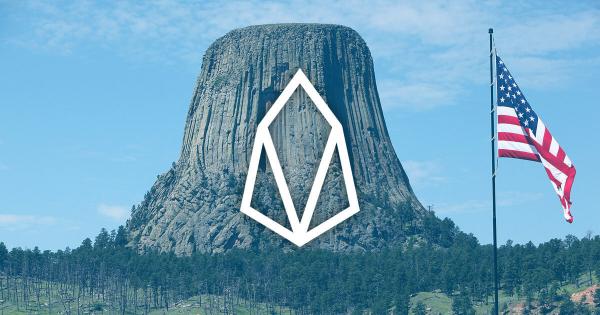 The US state of Wyoming legally recognized The American CryptoFed DAO on Sunday, as per a release. The historic move made it the first-ever federal region to recognize a decentralized autonomous organization, or “DAO.”

Called ‘The American CryptoFed DAO,’ the legal DAO is based on high-speed blockchain network EOS and operates with a dual-token system: One, ‘Ducat,’ an algorithmic stablecoin with unlimited issuance proposed to be used for daily transactions and as a store of value, and two, ‘Locke, a ‘governance’ token with a 10 trillion circulating supply.

We’re making news on this 4th of July! https://t.co/sSEurs1vbq

“Our digital currency enables municipalities, merchants, and consumers to engage in digital transactions without the cost of processing fees,” explained Marian Orr, CEO of the American CryptoFed DAO and former mayor of Wyoming.

She added, “As a former mayor, I can tell you those costs add up fast. This means cities and their constituents will no longer lose money through transaction fees, enabling increased revenues back to municipalities without raising taxes.”

The move followed Wyoming becoming the first state in the nation to pass legislation into law recognizing DAO’s as a distinct form of limited liability companies (LLC), which became effective on July 1, 2021.

DAOs, for the uninitiated, are a newer form of organization that relies on systems, smart contracts, and technologically enforced rules to ensure the smooth running of an operation, without the need for a central body that drives decisions.

This, in theory, makes for a member- or community-driven company that does not operate at the whims and fancies of the top brass but instead rewards contributors directly for their work as the DAO meets its community-governed goals.

The American CryptoFed DAO will be governed by its governance tokens issued pursuant to the token definition described in the Token Safe Harbor Proposal 2.0 outlined by SEC Commissioner Hester Peirce.

The rules are set by the consensus of the governance token holders and not influenced by a central government, and transaction records are stored transparently and immutably on a designated blockchain.

Meanwhile, Orr’s “CEO” designation is not that shall forever. “In time, my role as CEO will vanish, as all governance token holders will be voting on governance matters without the influence of an executive team,” she explained in the release. All eyes on how this progresses.

Investigations by the SEC Signal Crypto and ICO Regulations Tightening