Proof of History is the latest feature to solve consensus challenges, but how does it compare to its predecessors?

Surely the greatest irony in the blockchain space is that there has never been any agreement on “the best” consensus model. 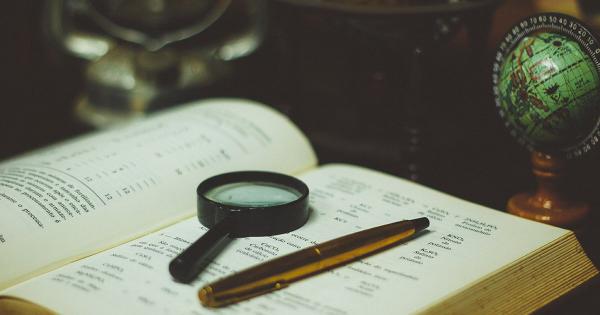 Surely the greatest irony in the blockchain space is that there has never been any agreement on “the best” consensus model. Bitcoin and Ethereum are widely lauded for pioneering the concepts of blockchain and smart contract platforms respectively, but both also come under heavy criticism for their lack of scalability. The scalability challenge is largely due to their use of the proof-of-work (PoW) consensus method.

Therefore, teams of developers have been focusing for years on devising a different method for achieving consensus among network participants. One that removes the bottlenecks caused by PoW, but still achieves the security of decentralization, while maintaining the right balance of incentivizing honest actors and deterring bad ones.

So far, there have been dozens of attempts at solving this quandary. However, only a few have emerged as main contenders, namely proof-of-stake (PoS) and delegated proof-of-stake (dPoS.)

However, a new horse just entered the race. It’s not a new consensus protocol – rather, a means of speeding up consensus. A blockchain project called Solana is developing a secure, scalable blockchain that can handle up to 50,000 transactions per second on its testnet. How does it achieve this? It uses a feature called Proof of History to determine the passage of time, which, in turn, considerably reduces the weight of consensus.

Proof of History (PoH) aims to lighten the load of the network nodes in processing blocks by providing a means of encoding time itself into the blockchain. In a regular blockchain, reaching consensus over the time a particular block was mined is as much a requirement as reaching consensus over the existence of the transactions in that block. Timestamping is critical because it tells the network (and any observer) that transactions took place in a particular sequence.

In a PoW scenario, the successful block miner is the first to find the correct nonce, which requires a certain amount of computing power to perform. However, PoH uses a newer cryptographic concept called Verifiable Delay Functions (VDFs.) A VDF can only be solved by a single CPU core applying a particular set of sequential steps. No parallel processing is allowed, so it’s easy to define exactly how long it takes to apply those steps. Therefore, the passage of time is evident.

PoH solves the time challenge, and thus reduces the processing weight of the blockchain, making it lighter and faster. Solana combines PoH with a security protocol called Tower Byzantine Fault Tolerance (Tower BFT), which allows participants to stake tokens so they can vote on the validity of a PoH hash. This protocol penalizes bad actors if they vote in favor of a fork that doesn’t match the PoH records.

Furthermore, Solana deploys proof-of-stake (PoS) as a means of determining who can participate as a block validator.

The Evolution of Blockchains

So how does Proof of History stack up to its predecessors?

There are some similarities between Proof of Work and the Proof of History feature. Mainly, that both methods rely on a defined expenditure of computing power to produce blocks, or hashes as they are known in PoH.

Like Bitcoin and most other PoW blockchains, Solana also uses the SHA-256 algorithm. This may raise the question of whether an ASIC could significantly speed up solving the VDF function in PoH. Solana believes that this isn’t a challenge and that the processing power of most ASICs would be within an acceptable range of what’s available to the wider network.

Because PoH removes the timestamping burden from the network, it results in a far lighter, faster blockchain than anyone has been able to achieve so far using PoW. The incentive mechanisms are protected by combining with Tower BFT.

Regardless, PoH can work together with Proof of Work as well, thereby improving its scalability.

Proof of Stake (PoS) has been the long-promised solution to Ethereum’s scalability. In PoS, network participants stake tokens for the chance of being the next block miner and receiving the associated rewards. However, PoS comes with a significant challenge known as “nothing at stake.” In a PoW blockchain, a miner can only mine on one chain at a time, and not on forks. However, in PoS, a miner can stake their tokens on many different forks of the same blockchain.

In Ethereum, which will implement PoS in 2020, this challenge is overcome by introducing a penalty against those miners who vote for the wrong chain. Vitalik Buterin also previously proposed a second solution of penalizing anyone who votes on two different versions of any given block.

By itself, the PoH protocol doesn’t prevent malicious actors. Therefore, Solana deploys Tower BFT to introduce the assurance to network participants that bad actors will be penalized by having their stake “slashed” if they’re found to be voting against PoH.

By itself, PoS is also vulnerable to long-range attacks, whereby earlier participants could hijack the chain by disputing the blocks produced by participants who joined later. Tower BFT prevents such attacks by canonicalizing blocks that have received votes of more than two-thirds of the network.

Furthermore, the block production time is only 400 milliseconds, and the rollback time doubles after each subsequent 400 m/s period elapse. Therefore, after around 12 seconds, the time taken to roll back the network would reach into decades.

Delegated proof-of-stake (dPoS) is used by EOS and others to achieve a faster throughput by delegating block production to a small number of network participants. These block producers are elected by token holders. In EOS, there are only 21 block producers that control the network.

The challenges with this became evident almost immediately after EOS launched. Only 21 block producers mean the network is heavily centralized. Furthermore, there’s a risk that voters aggregate together to attempt to manipulate the block producer elections in their favor, as has been alleged with EOS. The protocol relies solely on the voting population to elect block producers who will act in the interests of the network.

Conversely, the PoH/Tower BFT combination prevents bad actors by introducing a powerful disincentive that they’ll have their stake slashed if they’re voting against consensus. This threat enhances security compared to dPoS.

Although the underlying technology is somewhat complex, PoH combined with Tower BFT could prove to be the killer feature to solve the scalability challenges that blockchain has been waiting for. It will need to deliver its promise on Solana’s mainnet first, then perhaps others will follow. No pun intended, but only time will tell.