Albert Wenger, the author of the book “World After Capital,” believes that cryptocurrencies will be one of the things that facilitate the move from the industrial age to the knowledge age. 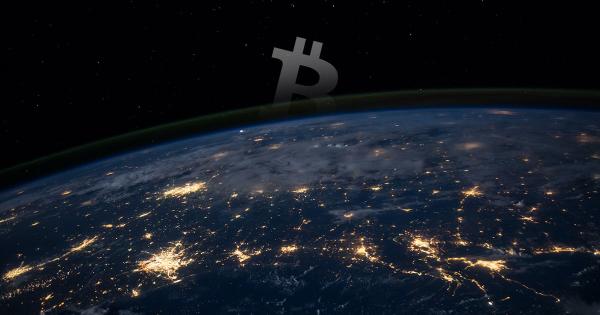 Albert Wenger, the author of the book “World After Capital,” believes that cryptocurrencies will be one of the things that facilitate the move from the industrial age to the knowledge age.

During Messari’s Mainnet conference, Wenger said that he didn’t believe tech companies would willingly disrupt themselves and that the change in paradigm will have to come from smaller companies in the crypto industry.

The connection between attention and cryptocurrencies

According to Albert Wenger, we’re currently living in a world where the most valuable, and as such the most scarce asset, is human attention. The head of venture capital firm Union Square Ventures said that humankind has evolved from having food as its most prized asset to living in a world where one of the most important resources in the industry is awareness.

Attention and its value in today’s world was the main topic discussed between Wenger and Messari’s Ryan Selkis during the virtual Mainnet conference earlier this month. Wenger found an interesting and thoughtful connection between cryptocurrencies and the monetization of human attention:

“Attention is to time what velocity is to speed.”

Speed, he explained, is mostly a worthless metric unless we know the direction in which the object is moving towards. The same applies to attention—we all have an equal and finite amount of time in a day, but it’s not the time that matters. Where we decide to put our focus on during that time is something that can be monetized.

This was a relic of an outdated, industrial-era we’re still living in. Everything from our educational systems to our institutions was made in order to sustain a world that was entering an industrial boom at the beginning of the 20th century, which Wenger believes is long gone.

What we’re entering now he calls the “knowledge age,” an era that will mitigate the discrepancies between rapid tech development and mindfulness.

However, to fully transition to the knowledge era and leave the inefficient relics of the industrial age behind us, three things need to be obtained—psychological freedom, freedom of information, and economic freedom.

Cryptocurrencies, Wenger explained, will play a significant role in at least two of the three aspects.

Wenger spent quite a bit of time reflecting on the increased use of mobile phones and tech devices in general, telling Selkis that it’s more than obvious that most have already become slaves to the tech that was supposed to serve them. Achieving psychological freedom doesn’t require any tech solutions—he explained that it’s just a simple realization that our brains didn’t evolve to function in the high tech environment that we all live in today.

While cryptocurrencies can do little to provide the psychological freedom Wenger was referring to here, they will be a major driving force in the rest of the transitional process.

When it comes to economic freedom, Wenger said that he believes the only way to achieve it is “through some form of universal basic income (UBI).” He discussed politics mentioning ex-presidential hopeful Andrew Yang, saying that his message regarding UBI resonated with a lot of people within the crypto community despite disagreements with the rest of his political ideas.

He acknowledged that, while promising, UBI came with a set of its own problems and obstacles. However, he noted that there were a number of different cryptocurrency and blockchain projects that are focused on developing solutions for tracking and distributing basic income.

Aside from facilitating UBI, cryptocurrencies by definition are a step in the right direction when it comes to providing economic freedom. Without a trusted third party and the ability to transact peer-to-peer, it’s safe to say that the very concept of digital assets has changed the way we see economic freedom.

He explained that having total freedom of information means having a total control over the systems that surround us. These systems include everything from mainstream media and social media platforms to the government entities tasked with policing them.

None of those platforms, at their current state, are programmable, Wenger explained. Implementing protocol changes to platforms as big and complex as Facebook and Twitter are would require such a deep overhaul that it’s unlikely they would ever happen.

Regulating these entities presents an equally complex problem. Wenger believes that all efforts currently coming from the U.S. government when it comes to regulating Facebook and Twitter are focused on the “wrong kind of impedances.” In his book, he talks about requiring social media companies to have APIs and make them programmable. This, he said, would shift the power from the center of the network back to the end-user.

When asked whether the efforts made by companies such as Twitter, which have been working on open-sourcing their backend and making their platform more transparent, are a move in the right direction, Wenger laughed the notion off:

“I’m not honestly super bullish on waiting for big companies to disrupt themselves.”

He explained that it won’t be existing tech giants that will push the world into the age of decentralization, but cryptocurrency companies and various blockchain initiatives. A sensible approach to regulation combined with intense efforts from crypto companies will be what “gets the job done.”

Nonetheless, he warned that the immense network effect of Facebook and Twitter won’t be beaten by a decentralized competitor. This, as history has shown, stands true—none of the social media platforms, blockchain-based or not, that were marketed as an alternative Twitter or alternative Facebook have succeeded so far.

There is, however, hope. Wenger said that only when the current incumbents are “heavily regulated” and a smart approach was taken when designing those regulations, could the market open up for blockchain-based, decentralized platforms.

The future of money could have built-in universal basic income