Union Square Ventures: ‘Blockchain Might Be Worth Trillions’ Jonathan Kim · 4 years ago · 2 min read
This article is more than 2 years old...
News › Adoption

Despite market sentiment falling, major financial firms are joining the cryptocurrency sector at a greater pace than ever before. 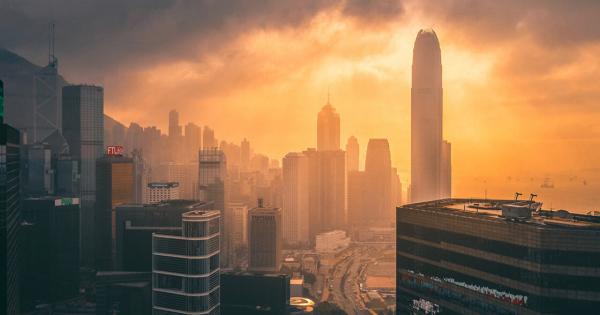 Photo by Jason Wong on Unsplash

Despite market sentiment falling, major financial firms are joining the cryptocurrency sector at a greater pace than ever before. Reported on June 29, 2018, Union Square Ventures plans to invest in blockchain and cryptocurrency-related businesses over the next 10 years.

Plans to Invest Without Dedicated Fund

Initially reported on CNBC, Union Square Ventures plans to make long-term investments in the potential trillion-dollar blockchain industry over the next 10 years. Still cautious in the nascent sector, the New York-based firm has yet to start a dedicated crypto fund.

While prevailing bear markets push retail investor sentiment to lows, it seems institutional capital is taking the opportunity to get in for the long term.

“Investors are rationally pouring a lot of money into this sector, because I think people are seeing the winning blockchain here might be worth a trillion, or a couple of trillion dollars.”

Expressing a similar sentiment to Apple Co-founder Steve Wozniak, Wenger made clear that the firm was still very wary of the ICO fervor resemblant of the 90’s dot-com bubble. However, Wenger also admitted that projects to emerge out of these early stages in the sector will prove both significantly impactful and lucrative.

“Certainly, for any one particular project there’s an extremely high chance it won’t work. As a result, if it works, the rewards will be very high.”

Wenger denounced projects that used ICO funding to accrue large sums without substantiated product concepts, stating that the success of an ICO is not a determinant of true value:

“The amount you’ve raised in an ICO or in a traditional way in this space is not going to turn out to be a great predictor of success. Very interesting projects are also being pulled off on a lot, lot, lot less money.”

It’s becoming evident that the speculation fueling a once-free reign industry is coming to an end and being replaced by legitimate market forces.

On June 26, Silicon Valley investment powerhouse Andreessen Horowitz launched a $300 million “all weather” crypto fund and revealed they’ve been investing in cryptocurrencies for the past 5 years.

As more funds join the sector, it’s likely that worldwide adoption and application of cryptocurrencies will start to come into place.