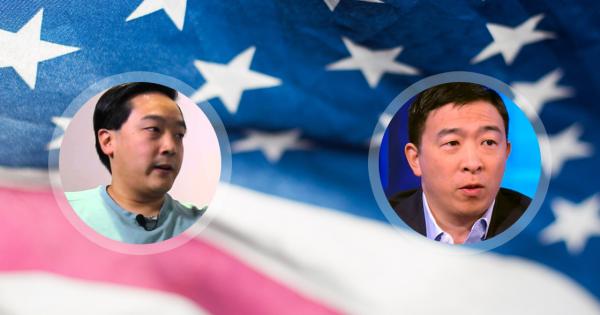 Andrew Yang, the pro-bitcoin 2020 Democratic presidential candidate, met with Litecoin founder Charlie Lee to reportedly discuss the future of cryptocurrency. Yang shared a picture of the two on Twitter, congratulating Lee on being a pioneer in the industry.

Democratic presidential candidate Andrew Yang has been making headlines for his push to regulate the crypto industry in the United States and create a market that would compete with those in East Asia and Europe.

Yang, who is currently touring the U.S. promoting his campaign. He recently met with Litecoin founder Charlie Lee, with whom he reportedly discussed the problems crypto and blockchain companies face in the country.

Yang shared a picture of the two on Twitter on June 5, congratulating Lee on being a pioneer in the crypto industry.

Congrats @SatoshiLite on being such a pioneer – let’s build the future. ? pic.twitter.com/WEQXiizdYs

Bringing Litecoin into the mix

Yang’s main platform was built on supporting initiatives such as universal basic income (UBI), widely available healthcare, and cryptocurrencies—especially Bitcoin. The presidential candidate has been vocal about his support for Bitcoin, saying that cryptocurrency has grown to represent a large amount of economic activity in the U.S. and that it shouldn’t be ignored.

Yang called for the federal government to create clear guidelines as to how cryptocurrencies and the crypto market should be treated and regulated. According to his website, he plans to model his policies after the progressive pro-blockchain work accomplished by Wyoming legislators and the sponsors of the Token Taxonomy Act.

A survey recently taken by venture firm Blockchain Capital found that 9 percent or just under 30,000,000 million U.S. citizens own Bitcoin. Even if the numbers are vastly exaggerated, there are still tens of millions of voters in the U.S. that Yang could tap into.

Meeting with high profile figures such as Lee could help Yang get more recognition in the crypto community. Lee started Litecoin, now the fourth largest cryptocurrency by market cap, back in 2011. The coin has seen its popularity rise as a fast and secure method of payment in the past couple of years. While neither of the two provided any details on their meeting, Yang’s description hinted at a possible future collaboration. 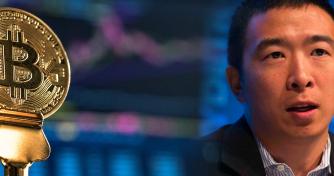 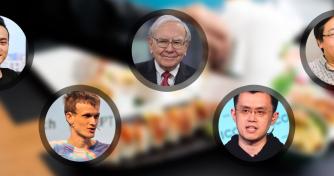 END_OF_DOCUMENT_TOKEN_TO_BE_REPLACED

Andrew Yang is an entrepreneur and author running for President as a Democrat in 2020.