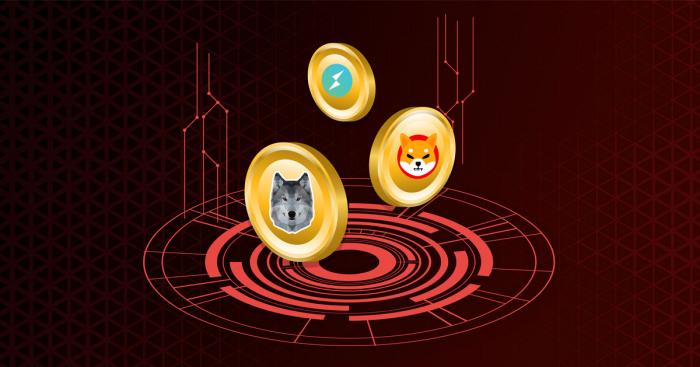 The overall crypto space was extremely active in 2021. Several notable events showed the
rising sector’s potential as it recorded increased activity from individuals and corporate entities alike. The year also saw a lot of people buy into crypto’s popularity, shifting away from the market’s largest tokens into other relatively smaller options, and changing the narrative along the way. Alongside this growth, several traditional institutions also began to offer crypto services.

For instance, PayPal launched a crypto checkout service in March, allowing users to make crypto payments with millions of global online merchants. American multinational investment bank JPMorgan Chase also began offering high-end clients access to Bitcoin services, despite CEO Jamie Dimon’s opinion that Bitcoin is “worthless” and “a little bit of fool’s gold”. As always, if these entities are doing the opposite of what they say, you should be paying very close attention.

As adoption continues to rise, the crypto market is no longer ignorable, especially with the large number of available tokens. Here are a few of them to watch out for as 2021 winds down into 2022:

Staking PancakeSwap’s CAKE token provides users with several advantages over other platforms, including the fact that there are high rewards. For instance, PancakeSwap’s Auto CAKE – one of the pools with the most staked assets – returns a current annual percentage yield (APY) of about 70%.

In addition to impressive APY from staking, PancakeSwap also boasts low fees, charging 0.2% for holders contributing to liquidity. It is no wonder that CAKE has pumped by more than 1,800% YTD and over 2,200% in the last year.

Thorchain is a layer-1 protocol that also uses AMM functionality, facilitating swaps between crypto assets. Its native RUNE tokens are usable for staking, bonding, trading, rewards, and governance. Like PancakeSwap, Thorchain aims to remove the need for any centralized middlemen to hold or access user funds.

An exciting part of Thorchain’s plan for 2022 is to cede control to community members, becoming a community-run network. By summer next year, the team will completely decentralize the management of RUNE affairs, pushing its decentralized governance to new heights.

RUNE started the year trading at $1.30. According to CoinMarketCap data, the 67th largest crypto is now trading at $7.58 as of December 22, representing a year-to-date (YTD) jump of almost 600%.

Although it’s the newest token on this list, Mononoke Inu has earned its spot as one of the top tokens to look out for in 2022. Launched in October, Mononoke-Inu is a community-driven token with a $750 million market cap and a 24-hour trading volume that climbed to about $27 million shortly after its launch.

Mononoke Inu’s success story is not complete without the drive and backing of a solid community. With nearly 60,000 holders in only two months, Mononoke Inu is not slowing down when it comes to onboarding more members, and is looking to eclipse more than 150,000 holders not long into 2022. The token’s roadmap also has a $5 billion market capitalization goal for next year, a lofty goal that its community may help bolster.

A major feature to look out for next year is Mononoke Inu’s upcoming 2D play-to-earn (P2E) game. The team will release a web-based game that allows players to earn tokens by completing levels and winning daily competitions. In addition, the community can also partake in NFT contests. Mononoke Inu is also taking the community along in the game’s development process, and has released early previews subject to public opinion and critique. By 2022, with the help of its sprawling community, Mononoke Inu token holders could effectively drive the asset to the high ranks of the Ethereum blockchain.