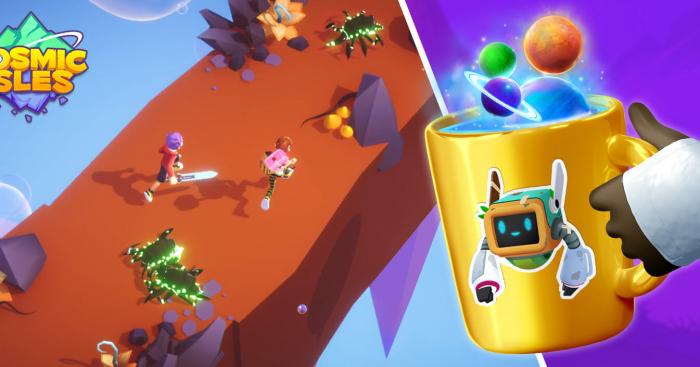 San Juan, Puerto Rico, 16th May, 2022, Chainwire — With 8+ years of experience creating online games, SRG Studios is launching its NFT collection dubbed the Cosmic Coffee Cups as part of the launch of their new game, Cosmic Isles. Players participating in the upcoming NFT sale get access to the game’s pre-alpha key. Within the Cosmic Isles metaverse, players will have first-hand experience with the game and access additional perks such as whitelisting, staking rewards, and land sales.

Cosmic Isles enables game players to interact in a transparent yet flourishing virtual marketplace. Similar to other Role-Playing Games, players find themselves in a distant land on a magical quest to uncover its secrets. But unlike most RPG games, players can own tracts of land, earn tokens through gameplay, and receive rewards for contributions across the ecosystem.

The game is being released on mobile and PC. Players can explore the world using their Avatars and earn tokens that will allow them to mint items, weapons, and gear. Players will also be able to own Lands and install games-as-NFTs, which will attract players to their Lands and allow a rich world of games to be created.

●    Early access to the game during the pre-alpha stage of development.

The NFT release is scheduled for Mid-June. For more information, please check out:

Cosmic Isles is an open-world, play & earn RPG, that merges fun adventure mechanics with community-developed games.  Players will be able to explore challenging pocket universes with friends, own Cosmic Lands and earn tokens used to mint new NFTs.  Developers and communities can create games-as-NFTs that players can install in their Cosmic Lands, creating a world of games for everyone to enjoy. Their upcoming first NFT drop, the Cosmic Coffee Cups, will grant early access to the game’s Pre-Alpha.