PizzaDAO is hosting a worldwide pizza party by having local pizzerias in more than 75 countries distribute free pizza in the spirit of Bitcoin Pizza Day. 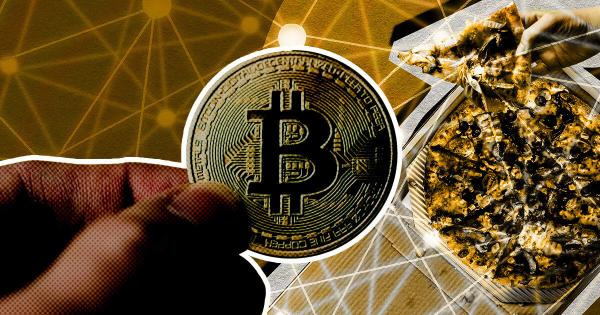 PizzaDAO is sponsoring more than 100 local pizzerias from 75 countries to give away free pizza to celebrate Bitcoin Pizza Day on May 22.

PizzaDAO will use the revenue from its Rare Pizzas project to fund the event. The Rare Pizzas collection includes 10,000 generative baked pizza NFTs created by more than 300 topping artists worldwide.

PizzaDAO’s biggest supporters, Cheech and Chong, Seth Green, Steve Aoki, and 13-time World Pizza Champion Tony Gemignani, are also amongst the many who join and promote the event. The event will also raise funds for several charities.

Gemignani commented on the event and said:

“Working with PizzaDAO has been such a great collaboration and we are looking forward to helping to pizza the planet on 5/22/22! I love that the pizza can help so many people – charity, hospitals, firefighters, or just your neighbour…. everyone loves pizza and we are happy to be involved.”

The world’s largest pizza party will take place in popular spots in London, Buenos Aires, Sydney, Vancouver, Chicago, Boston, the streets of New York in Little Italy, the San Francisco Temple Nightclub, and the 99th floor of the Willis Tower.

PizzaDAO was established in February 2021 with the idea that pizza should be free and accessible to all. The project leverages Web3 tools that bring capital and provide inclusion to support independent businesses, especially local pizzerias, to help them scale up.

Snax, the founder of PizzaDAO, said:

“We want to change the world by using blockchain to enable community ownership of small businesses. Just like Bitcoin introduced a societal shift in the way humans collaborate, trade and prove ownership, PizzaDAO aims to empower small businesses to grow by bringing pizzerias on-chain, raising funds to give pizza away for free, and building strong locally-focused communities around the world,”

The project has over 400 pizzerias in its network and has spent more than $400 thousand providing free pizza since its establishment.

Bitcoin Pizza Day is celebrated every year on MayMarch 22, to commemorate Laszlo Hanyecz, who paid 10,000 Bitcoin for two large pizzas in 2010.

Even though Hanyecz issued the first Bitcoin payment in history as we know of, the amount he paid equals around $290 million, even after the recent market fall.