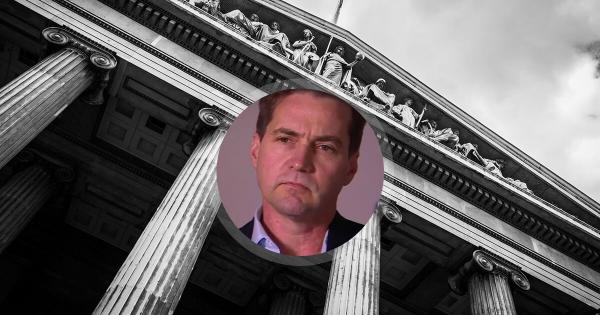 U.S. Magistrate Judge Bruce Reinhart has ordered Craig Wright to pay $165,000 in fees to Ira Kleiman’s legal team. The original sum requested by Roche Freedman exceeded $650,000, which the judge found to be “excessive” and “unreasonable”, as they were way higher than the relevant market rates in the state of Florida.

After the legal team representing Ira Kleiman requested Craig Wright cover all of their legal fees, the judge presiding over their case had a few words to say about the amount they requested.

According to court documents, United States Magistrate Judge Bruce Reinhart denied Roche Freedman’s request for Wright to cover $658,581.78 in their legal fees. The fees requested by the plaintiffs included $592,558 for attorneys’ fees and $66,023.78 for expenses.

He explained that the expenses they listed were excessive and unreasonable, listing several precedents that established what the “relevant market rates” for legal services were. Reinhart noted that the court must “step into the shoes of the reasonable, paying client, who wishes to pay the least amount necessary to litigate the case effectively.

Judge Reinhart first found that the hourly rates set by Kleiman’s legal team, which comprises Vel Freedman, Kyle Roche, Andrew Brenner, and Stephen Lagos, were excessive. He explained that the highest rate billed in Palm Beach County, where the trial is taking place, was around $850 and reduced Roche Freedman’s fees by almost 50 percent.

Apart from excessive fees, the Judge also found that the number of hours Kleiman’s team billed was unreasonable, saying that lawyers with their experience and expertise had no reason to spend dozens of hours on things like reviewing motion drafts and preparing witnesses for depositions.

We are yet to see how Wright and his own legal team respond to the latest court motion. Last month, Wright claimed that he cannot provide the court with further information about the alleged third “Tulip Trust” or the bonded courier that reportedly delivered the “missing key pieces” necessary to unlock the Bitcoins held in the trust.

The self-proclaimed Satoshi Nakamoto asserted attorney-client privilege over his communications with various companies, as well as his wife Ramona Watts, which theJudge swiftly dismissed due to Wright’s history of lying to the court.

Last week, Wright was ordered to provide all of the documents that relate to the company he ran with his former partner Dave Kleiman, while Judges Bloom and Reinhart formally requested help from a U.K. High Court in dealing with the matter.