Block.one, the company behind EOS, announced the highly-anticipated location for part four of its first-of-a-kind global blockchain hackathon. 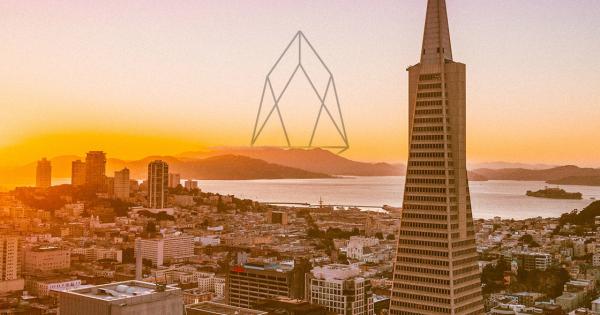 Photo by Sasha • Stories on Unsplash

Block.one, the company behind EOS, announced the highly-anticipated location for part four of its first-of-a-kind global blockchain hackathon.

We're going to San Francisco! Developers, designers and entrepreneurs – are you ready to join us Stateside on Nov 10-11 for part four of our first-of-its-kind blockchain hackathon series? Sign up here for the first-ever #EOSHackathon event in the US: https://t.co/yJgFUxcHdv pic.twitter.com/wuVHaWkrCa

The EOS hackathon is comprised of four, two-day hackathons held throughout various locations worldwide. At each event, $144,000 is awarded and the top three finishers will move on to the grand finale in December 2018. The location of the EOS Grand Finale will be announced Dec. 8.

Although the fourth location, San Francisco, has already been announced, the event venue is still unknown. Further details about the event will be released during an online information session via Zoom, Nov. 7.

According to the EOS Hackathon San Francisco registration page:

“The EOS Global Hackathon series is a first-of-its-kind event in the world of blockchain supporting the growth of a decentralized global community. See you in San Francisco for the next hackathon and join us in building the future of decentralized applications on EOSIO.”

Tickets to participate in the hackathon are $10 and team options are available – but each member must pay individually.

The second hackathon took place in Sydney, Australia, Aug. 4-5 and featured more than 200 entrants from across the globe. Bliss was also a judge for this event, alongside Rob Jesudason, group president of Block.one.

Finally, the third hackathon will be in London, Sept. 22-23. Judges will include Brendan Blumer, CEO of Block.one, and Dan Larimer, CTO of Block.one. The event venue is yet to be unveiled.

According to the EOS London Hackathon page, more judges will be announced prior to the event and the online information session will be held Sept. 19 via Zoom.