Opinion: Warren Buffett is Wrong About Bitcoin, and That’s Okay 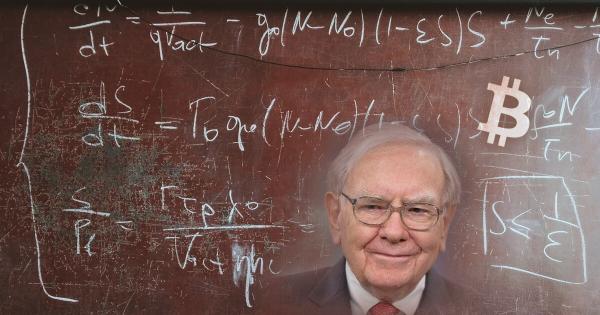 Photo by Smart on Unsplash

“In terms of cryptocurrencies, generally, I can say with almost certainty that they will come to a bad ending…If I could buy a five-year put on every one of the cryptocurrencies, I’d be glad to do it but I would never short a dime’s worth.”

Buffett’s comments and those of his confidants are so strong because they see cryptocurrencies as a speculative commodity similar to gold or other metals. Instead, Buffett prefers stocks because they produce earnings and dividends, which serve as tangible identifiers for the investment product’s worth.

“To me, it’s just dementia. It’s like somebody else is trading turds and you decide you can’t be left out.”

The two appear to take pleasure in being the defenders of the old-guard financial system, and their remarks carry a lot of weight. At the time of his comments, Bitcoin was approaching $10,000, but it retreated nearly 8% in the days after Buffett spoke. It’s been hovering around $8,500 ever since.

Increasingly, Buffett and others who are staunchly opposed to digital currencies like Bitcoin are becoming pariahs in their field.

In recent weeks, several mainstream financial institutions took steps toward integrating Bitcoin into their financial product offerings. Goldman Sachs announced that it would open a Bitcoin trading desk, and The New York Times reported that Intercontinental Exchange, the parent company for The New York Stock Exchange, is considering development for a cryptocurrency trading platform.

Of course, the crypto community is as ardent and enthusiastic as they come, and many took to Twitter to voice their disagreement.

Even so, it’s worth considering the reasoning behind Buffett’s sentiment. Is it true that Bitcoin and other digital currencies are more akin to digital gold than viable investment products? Perhaps more importantly, is there a value proposition beyond our current crypto moment?

Blockchain technology and the ecosystems that it enables are increasingly becoming dominant forces at the enterprise and governmental level. With so many people actively pursuing blockchain adoption and integration, these platforms are significant drivers of value.

Therefore, Weiss argues, cryptocurrencies are effectively a share in a particular blockchain platform. For example, for holders of Ether, their digital currencies become more valuable as the platform continues to proliferate. In this way, cryptocurrencies really aren’t that much different than traditional stocks.

As such, owning a cryptocurrency would be a viable way to participate in this ecosystem.

Ultimately, cryptocurrencies don’t attain validity by the affirmation of every member of the financial elite. Throughout their torrid run, cryptocurrencies have been criticized by thought and industry leaders as well as government officials.

Instead, it’s crucial for cryptocurrency supporters to continue thinking critically about the formation of cryptocurrencies and supporting projects that they believe in.

Unlike the established financial system, participants in the crypto movement have the opportunity to form and shape it into what they want it to become. By listening to contrarian voices like Warren Buffett, the community can gain valuable insight into some of cryptos shortcomings, but that still doesn’t mean that he’s right.

Crypto will be fine with or without his endorsement, but his sentiments are not rat poison either.