No, Yahoo Japan Isn’t Launching a Cryptocurrency Exchange — Yet 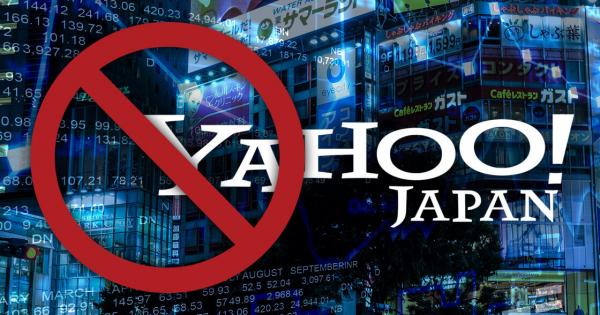 Deposed search engine juggernaut Yahoo appears to be making a strategic pivot toward blockchain technology with the announcement of plans to launch its cryptocurrency exchange.

Nikkei Asian Review reported on Friday that Yahoo Japan would acquire a 40% stake in Tokyo-based BitARG in April. According to the report, Yahoo Japan will spend the ensuing year leveraging BitARG’s existing technology to develop a fully-fledged exchange that is set to launch in 2019.

The acquisition of the platform would see YJFX — a subsidiary of Yahoo Japan — invest 2 billion yen, or $19 million USD, for a 40% stake in the Japanese cryptocurrency platform.

Importantly, BitARG already possesses a license from Japan’s Financial Services Agency to operate a cryptocurrency trading platform. FSA licensing is becoming increasingly critical in the Japanese cryptocurrency ecosystem in light of the recent Coincheck hack that resulted in the loss of over $533 million and a subsequent regulatory crackdown.

While the news of Yahoo Japan purchasing the BitARG, has been reported by many sources within the cryptocurrency news cycle, Bit-Argo Exchange Representative Director Yoon Hee Yuan refuted such claims in a statement posted to the platform website on Friday:

“Based on the recent developments in the virtual currency industry, we are studying various possibilities, including investments and partnerships with other companies, in order to further strengthen our system and management, but we have not made any decisions at present”

In the statement, Director Yoon Hee Yuan specifically refuted the Nikkei Asian Review news article that has been referenced by the crypto news ecosystem, stating that no such announcement has been made.

While it is possible to verify that BitARG does indeed hold the necessary licensing from the FSA to launch and operate a cryptocurrency exchange, it appears that the news of a Yahoo Japan acquisition of the platform is yet to be confirmed.

Does a Yahoo Exchange Matter?

Yahoo Japan’s decision to enter the cryptocurrency sector is equivalent to Google making similar announcements in the US — a possibility that may soon become a reality with news of Google’s Alphabet division reportedly beginning development of distributed ledger technology solutions for the internet titan.

Japan’s favorable regulatory environment, however, has placed the Japanese cryptocurrency market in the fast lane for the development of blockchain solutions built by large-scale organizations. Mitsubishi UFJ Financial Group — the largest financial institution in Japan — has recently announced plans to establish a local exchange platform.

Japan-based Line, a highly popular chat app used extensively throughout Asia by more than 600 million individuals, has also announced their intent to secure FSA licensing in order to launch their own cryptocurrency exchange.

With Yahoo Japan boasting over 38 million users, the launch of a Yahoo-branded cryptocurrency exchange could bring a much-needed injection of new blood to the global crypto market.

Should Line succeed in launching its own bespoke crypto exchange solution and make crypto trading available to its 600 million strong user base current market leaders such as Binance and Coinbase — with their 20 million or so users combined — would pale in comparison.

Line, however, joins the ranks of 30 or so other cryptocurrency exchange platforms that are currently filing with the FSA to register and launch operations. Yahoo Japan, through their acquisition of an established exchange, could effectively “skip the queue,” allowing the search giant to enter the market directly.

As the partnership has been directly refuted by the director of BitARG, however, it’s unlikely that any concrete decisions have yet been made. BitARG has stated, however, that any partnerships will be announced via the platform website.